Tonight was RuPaul’s Drag Race season 6 finale and not only was America’s Next Drag Superstar crowned, Ben de la Creme was picked as Miss Congeniality. 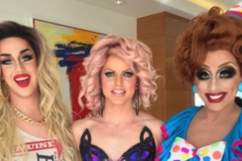 Check out the rest of this season’s contestants in the below gallery: