Adore Delano, Courtney Act, and Bianca Del Rio were all back for the RuPaul Drag Race Reunion, anxiously waiting to see which one of them were to be crowned America’s Next Drag Superstar. First, Ben de la Creme was awarded the title of Miss Congeniality. 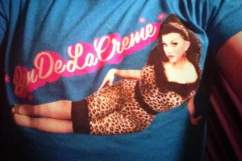 Reigning Superstar Jinkx Monsoon returned to crown the queen who receives a $100,000 cash prize, along with other goodies. And the winner is … Bianca del Rio.

Our final three girls are SICKENING! See who wins the crown tonight at 10/9c on @LogoTV! pic.twitter.com/MsENQKYyNb