Although her husband Tom Brady is a football player, Gisele Bundchen is taking on a role at the biggest soccer tournament in the world.

The Brazilian supermodel will present the World Cup trophy to the winner in 2014, replacing Brazilian president Dilma Rousseff.

Brady is also slated to join his wife in her native land for the ceremony.

Before the tournament ends on July 13, let’s learn more about the couple.

1. When They Started Dating, Tom’s Ex Found Out She Was Pregnant

In 2006, Brady split from girlfriend Bridget Moynahan after three years of dating. It was after the split that she found out she was pregnant with his child.

When the news broke, Brady was already dating Bundchen.

Brady was there for the birth of John Edward Thomas Moynahan, but Moynahan made it clear he was not in the room with her.

She told More magazine, “[Tom] was not in the [delivery] room. He was there on that day and came in afterwards. He certainly wasn’t holding my hand while I pushed.”

She added that the three of them get along:

I have a relationship with these people on a daily basis. I’m raising a child, and it’s public. The media creates these dramas, and that’s not what’s happening in my life.

Although Bundchen admits that Moynahan’s pregnancy news was a shock at first, when the baby came, their lives were made better.

Bundchen herself gave birth to a daughter, Vivian Lake, in 2012.

2. Gisele Famously Flipped in Support of Her Man

After the Patriots lost the Superbowl in 2012, she went off when Giants fans made fun of her husband’s performance.

They started saying, “Eli rules!” and “Eli owns your husband” as she walked through Lucas Oil Stadium.

Her reaction was caught on camera. In the video above you can hear her infamous response, “My husband cannot f***in throw the ball and catch the ball at the same time.”

The sweethearts got engaged in January of 2009. They had an intimate wedding in February of that same year in Santa Monica.

The ceremony was ultra private, with only Brady’s toddler son and a few other guests as witnesses.

In February 2014, Bundchen posted the above Instagram photo in honor of their fifth wedding anniversary.
Her loving caption was, “Happy anniversary my love. Te amo! #wedding #2009.”

This was the first wedding photo the couple has ever shared.

4. They Sold Their Moated Mansion to Dr. Dre

Dr. Dre purchased the couple’s mansion, pictured above, for $40 million.

The Bradys custom built the 18, 700 square foot Brentwood estate from the ground up in 2009.

They listed the California home, which includes five bedrooms, nine bathrooms, a moat, a gym, a sauna, balconies, and an infinity pool, for $50 million.

Besides this playful Halloween photo, the couple also goes glam when they attend the Met Gala in New York City every year in full black tie attire.

This May, the supermodel stunned in a Balenciaga gown, while her husband was in a dapper tux. See the picture below: 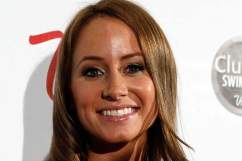