WWE superstar and former WWE World Heavyweight Champion Daniel Bryan is in the news for something extraordinary. He came home after making an appearance at SDCC 2014 and was forced to deal with a home burglary. Bryan did the unthinkable and stopped one of the thieves. Somehow someway, D. Bryan added another name to his list of accomplishments – crimefighter.

Here’s everything you need to know about Bryan’s courageous act.

On Thursday (July 24, 2014), Daniel Bryan headed to San Diego to attend SDCC 2014. While there, he participated in Mattel’s WWE action figure panel alongside Paul Heyman, Michael Cole, Hulk Hogan and Sting. Bryan also made the announcement regarding a future project of his – his official autobiography, entitled Yes!: My Improbable Journey to the Main Event of WrestleMania.

You can view the entire panel above and check out the cover image for Bryan’s upcoming book below.

2. Daniel Bryan Returned Home and Saw the Burglars in Action

Daniel Bryan and his wife Brie Bella returned home from SDCC 2014 on Friday (July 25, 2014). Once they arrived at their home, they both noticed two men leaving their house. Once spotted, the burglars reportedly took off running. This then led to Daniel Bryan giving chase to the thieves. Bryan caught up with one of the burglars, who was winded after running from Bryan for 400-meters. Bryan grabbed him, locked him in a rear-naked choke for 5-minutes and laid with him there until the police arrived.

Update: The 2nd burglar has been arrested. Authorities arrested Alexander Olvera while he was in the middle of burglarizing another home with two other assailants – Edwards Alexander Johnson and Gilberto Gil Gastelum. The cops noted that Olvera was the get-away driver who escaped.

Daniel Bryan managed to capture and subdue one of the burglars, but the 2nd man who was responsible for robbing Bryan’s home got away. Bryan later stated that he didn’t get an ID on the 2nd thief, but his nearby neighbor happened to see what he looked like. The 2nd burglar is currently still at large.

4. The Captured Burglar is Also Under Investigation for Another Crime

The man that Daniel Bryan managed to take down was taken into custody. Later on it was revealed that this man is currently facing kidnapping charges in another case. Brie Bella managed to recover the items that were stolen. One of the more important items that was retrieved was a bracelet that belonged to Bryan’s now-deceased father.

The site notes that the man who was caught is facing kidnapping charges in another case. Brie retrieved the nearly-stolen items, which included a bracelet that belonged to Bryan’s late father. Bryan and Brie were both unharmed in this robbery incident.

5. Bryan and Brie Bella Held a Press Conference in Phoenix About the Burglary 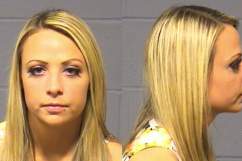