Last week on Hit the Floor, we were left with an unconscious Pete lying on his bed. That wasn’t the only situation that escalated tonight, though.

Josie Loren has joined the cast of Hit the Floor this season. You may recognize her from ABC Family’s Make It Or Break It. She’s a reporter, and approaches German to ask him about Pete’s absence from the Devil’s game… right after she tells him he’s sexy, that is. Later on, Kendall shows up to a team party and German tries to get her kicked out. We see her in the previews for next week, so this girl’s appearance was not a one-time thing.

Looks like there may be a love interest in store for German.

2. Terrence and Jelena Get Down and Dirty

Jelena knocks on Terrence’s door early on in the episode and when he opens it, the two go at it. They share a steamy love scene that involves Terrence pushing her up above him against the wall.

A little while later, the two make love again in the locker room. Jelena hurriedly fixes her hair and pulls down her skirt before asking if they’re together. Terrence simply responds, “I don’t know”.

Jelena finds a container of Oxy in a bundle of Terrence’s things, and approaches him about his drug usage. He tells Jelena that he’s injured. His leg is wrecked and he needs surgery– but he refuses to sit out for the rest of the season. She says she’s okay with it– as long as he agrees to stop using the drugs. If he wants the ring, he has to do it the right way.

Jude makes a semi-date with a photographer’s assistant, but Zero seems to be delaying the party so that Jude can’t see the guy. When Jude finally calls Zero out on it, Zero grabs him and makes out with him. They rip each other’s shirts off as they kiss madly. We know that Jude was having doubts about his sexuality, but who knew Zero was as well? Seems they both were holding in passionate feelings for one another this whole time.

Pete is half passed out, but he gathers up enough energy to admit to Sloane that he’s drinking a lot more. She holds up the divorce papers that Lionel has signed that he has yet to, and tells him to pull his act together.

He then blurts out that she is his trigger. Pete tries to blame Sloane for his drinking, but she soon realizes that he started drinking was when he saw that photo of Sloane in the powerpoint.

I remember that girl. She was so messed up. Seeing her again– I just… I felt bad. She was drowning and I let her.

He recalls how Sloane overdosed shortly after and he never visited her in the hospital. Sloane found out she was pregnant when she woke up in that hospital room, but he clearly can’t stop blaming himself for not helping her when she was going through a tough time.

The two have quite an emotional scene together, but in the midst of tears, Pete admits that not following her was the best and smartest thing he could have done. He apologizes to Sloane and she kisses him. On the lips. The two fall back on the bed in an intimate embrace.

Raquel asks Kyle what Olivia had on her as she thrusts the same red red letter she received from Olivia into Kyle’s chest. Kyle admits that Olivia had something on her that would have put her in jail for a long time. 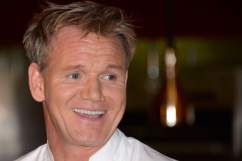