Jenny McCarthy and the sexy New Kid on the Block Donnie Wahlberg tie the knot today. It’s reportedly a small ceremony in front of family and friends. The Courier News reports:

Former View co-host and Splash columnist Jenny McCarthy and Wahlburgers star Donnie Wahlberg were at the historic hotel in St. Charles preparing for a wedding, which was reportedly scheduled for Sunday. According to the hotel’s website, the hotel has hosted many famous people over the years, including Louis Armstrong, John F. Kennedy, Billy Graham and Gerald Ford.

Thank u @jemmasandsla for my gorgeous earrings & ring.. Perfect complement to my outfit today! Your jewels rock! pic.twitter.com/pPCZc0bHza

Apparently, a few New Kids were in the house as well – Jordan Knight and Danny Wood, plus Donnie’s brother Paul. When talking about the guest list last month, McCarthy said:

The hardest part is we have to cut down the wedding list, because the place we’re getting married at, it’s very boutique. With Donnie’s 800 relatives – yes, 800. I’ve got 6,000 McCarthys.

Crowd waiting outside of Hotel Baker in St. Charles during the rehearsal dinner for Donnie Wahlberg & Jenny McCarthy pic.twitter.com/KLKFZL7JYq

Brother Mark Wahlberg could not attend because of his daughter’s birthday, but he did send a sweet video from his family to the happy couple. Check it out below:

Congratulations @DonnieWahlberg and @JennyMcCarthy, so happy for you both today.

Not only did Mark send a video and congratulatory tweet, Donnie also sent his own thank you below:

Thank you @mark_wahlberg. Thanks to you & @rheadur for the adorable video for me & Jenny! Please wish a Happy B-Day to my god daughter Ella!

As far as some of the other people in attendance, Sherri Shepherd posted a photo of herself with this caption:

Catching an early morning flight to @jennyannmccarthy & @donniewahlberg’s wedding … What a beautiful day to join as one before God! Congrats to two beautiful people!

Wahlberg has two sons from his marriage of nine years to Kim Fey. McCarthy’s son Evan is from her marriage to John Asher. Wahlberg divorced in 2008 while McCarthy divorced in 2005. 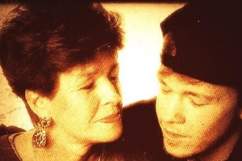 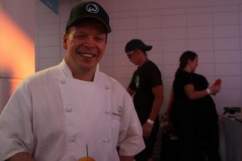