Cheryl Moana Marie is the beautiful wife of Antonio Sabato Jr., which must make things easy for him on Dancing With the Stars since his dance partner is also named Cheryl (Cheryl Burke). Prior to meeting Cheryl, Sabato was married to Alicia Tully Jensen from May 16, 1992 to July 1993. Sabato has a son, Jack Antonio (born August 6, 1994), from ex-girlfriend Virginia Madsen and a daughter, Mina Bree (born August 29, 2002), with ex-girlfriend Kristin Rossetti (2000–07).

In May 2011, it was announced that Sabato and Cheryl Mona Marie had welcomed a son, Antonio Kamakanaalohamaikalani (meaning “a beloved gift from the heavens”) Harvey Sabàto III. Talk about an insane middle name. Sabato and Cheryl married in Kauai, where Cheryl is from on September 25, 2012.

January 31, 2012, while engaged, Cheryl and Antonio appeared on Celebrity Wife Swap and, by the looks of things, it seemed as if the couple was having a rough time together after the swap. However, their love has helped them power through. The couple traded places on the show with WWE wrestler Mick Foley’s wife, Colette Foley. Before becoming Mrs. Sabato Jr., Cheryl was a TV presenter and pageant queen of competitions including Miss Kauai America. Cheryl is also an amazing singer and has sung the National Anthem for the Los Angeles Lakers, Ice Dogs Hockey League, Los Angeles Dodgers, NHRA and the Toyota Grand Prix of Long Beach.

For more information on Antonio Sabato Jr., check out the below links: 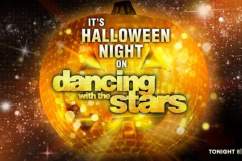 Antonio Sabato Jr Eliminated on ‘Dancing With The Stars’ 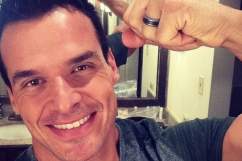 Antonio Sabato Jr., ‘Dancing With The Stars’: 5 Fast Facts You Need to Know 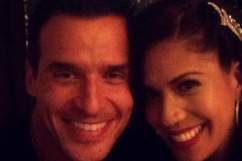 Read More
Antonio Sabato Jr, Celebrities, Dancing With The Stars, DWTS, Reality TV, TV
Cheryl Moana Marie Nunes is the wife of DWTS contestant Antonio Sabato Jr. and mother to his son. Read on for the details on the married couple.