Charli XCX is set to perform at the 2014 MTV EMAs and she’s also got some big news. Her second studio album “Sucker”, will be released on December 16, 2014. In addition, Charli XCX is getting ready for her UK headline tour. Check out the ticket info in the below tweet.

Tickets for my March and April UK headline tour are now on sale at http://t.co/NNpZUz2XLU pic.twitter.com/Ifs9WEeMRw

Charli XCX has a condition known as Synesthesia, which is defined as:

Charli has stated, “I see music in colours. I love music that’s black, pink, purple or red – but I hate music that’s green, yellow or brown.” Charli XCX reportedly doesn’t stand for anything, though, when Charlie signed to her label, she said it stood for “X rated Content.” And, in an interview with Ryan Seacrest, she said that “Kiss Charli Kiss,” which was her screen name when she was younger.

LMFAO’s Redfoo is set to appear at the EMAs, but not to perform, and apparently, Charli and Redfoo shared the same plane to the awards show. But, it doesn’t seem like Charlie was happy about it. Check out her tweet below:

on the same plane as lmfao… they're still not sorry for party rocking :( 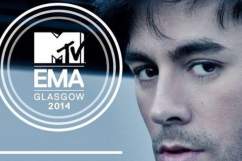