It is hard to keep up with the Kardashians’ love lives.

Kris Jenner, 58, has snagged a younger man. She is dating 41-year-old Corey Gamble.

Learn more about the newest addition to the Kardashian clan.

1. He’s One of Bieber’s Road Managers

In fact, Justin even refers to him as “uncle” as evidenced by the tweet below: 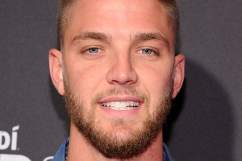 2. He’s Been Spotted Dining With Kris

Like Mother Like Daughter: Kris Jenner Spotted Out on a Date with a Mystery Man [Photos] http://t.co/uCWqb4qIUo pic.twitter.com/v2gYIFt12u

A source told E! News that the couple met back in August at designer Riccardo Tisci’s birthday party.

They were first spotted in Sherman Oaks, California in late October sharing a meal together. They also took a trip to Mexico, and Us reported that they stayed at Joe Francis’ home.

Jenner filed for divorce from her husband of 22 years, Bruce, in October. They had been separated for a year.

When People asked her if she’ll start dating again, she replied, “That’s the $60 million question,” Jenner said. “I don’t know. I don’t know yet. It’s [daunting].” 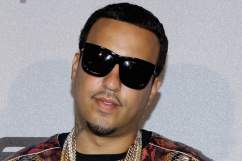 3. Someone Claimed to Be Him

Anything Victoria Secret is good… pic.twitter.com/mTlta6TK

TMZ reported that an imposter was interviewed by an unnamed website, and unearthed some dirt about the Kardashian crew:

The guy then spilled some pretty juicy details about his relationship with Kris … saying they were having great sex. He also says he’s a kept man, because she gladly pays for everything. And to make things even more interesting … he says Kylie is living with Tyga.

It turns out that the man was a phony.

4. He Went to Kim’s Birthday Party

Kim posted this Instagram picture of the happy family during her 34th birthday weekend in Vegas. She had her party at TAO.

A source told Us Weekly:

Khloe thinks Corey is great and so sweet. She loves him and loves how happy Kris is.

In fact, Khloe invited the couple to her premiere party for Kourtney & Khloe Take the Hamptons.