For weeks we’ve heard about Tom Sandoval’s alleged cheating scandal on Vanderpump Rules. From the very first episode of the season, Kristen Doute and Jax Taylor have been saying that Tom has cheated on current girlfriend Ariana Madix with a girl he met in Miami. The girl in question is a New York-based receptionist named Annemarie Kunkel and we finally get to meet her. Tom’s ex Kristen has been set on breaking up Tom and Ariana, so bringing Kunkel to SUR restaurant (where the group works), is her latest attempt on the show. Read on for all the facts on Kunkel and her alleged hookup with Tom Sandoval. 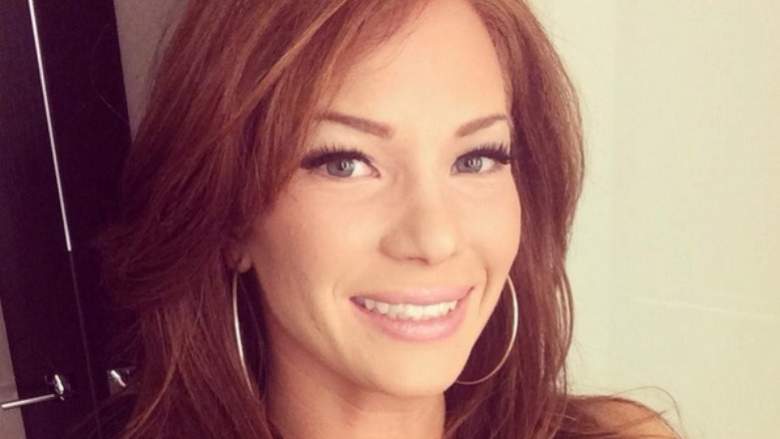 Some think Annemarie Kunkel is crazy for flying across the country to confront Tom Sandoval, while Kristen says she understands because Kunkel felt betrayed by Tom. According to Kunkel’s story, she and Tom talked for hours and had a connection before they had sex. Then, Tom called Kunkel a liar, saying that it never happened. Kunkel says they met hanging out at the Mondrian hotel in Miami and Tom asked her if she had a boyfriend. She said that the guys said they were single and then she said that she and Tom had a heart to heart talk for hours. Kunkel explained that Tom said he had a girlfriend for a long time but they broke up and he admitted that he did cheat on Kristen. Anne Marie believes Tom may still be in love with Kristen, because he supposedly talking about her a lot when she had her long talk with Tom in Miami. She says they had a sushi dinner together and went club-hopping at SET nightclub and Shore Club before they went back to the hotel together.

Tom Sandoval talked about his feelings about all of this to PopDust, saying:

A lot of facts were left out. The girl sold a story to a tabloid for money, yet everything was spun for people to think it was my word against hers.

2. According to Kunkel, Tom Was On Drugs When They Had Sex

@rtvfa I was in California this summer to visit my dad.

OKereIsTheSituatioHn reports that Kunkel says Tom Sandoval was on drugs when they ended up having sex, but when she was asked about the drug accusations, she responded with the above tweet. The media source writes:

Kunkel claimed that Tom told her he had taken ‘Molly’ that night and that her and Sandoval ended up back at the boy’s hotel room where they had sex.

I sat next to Tom, and he told me, ‘I’m kind of out of it. I took Molly.’ Then I looked at the floor, and there was a bag with four Mollies that he’d dropped. And I said, ‘Oh my god, you dropped your Mollies.

Kunkel also says that Tom wasn’t the only one on drugs when they met, telling Radar Online:

In the first five minutes of meeting Jax, he told us that the was coked up out of his mind and wads freaking out about how he needs to find coke!

3. When Kunkel Appears At Tom Sandoval’s Work, He Runs Out the Back Door

When Kunkel first shows up at the SUR bar asking Tom for a drink, he looks at her with a blank expression and says he’ll make her drink, treating her like a normal customer. He then actually runs away, dipping out of the restaurant. Tom is then seen walking and calls Ariana on his cell phone, telling her to come meet him. Kunkel, with Kristen and her other friend, follow them, but the couple jumps into a cab and leaves.

Ariana has stood by her man since the beginning of this scandal and has said that she knows when her man is lying. Kunkel has said she feels bad for Ariana and that she didn’t know Tom had a girlfriend when they supposedly hooked up, admitting:

I can only imagine how Ariana feels, because she’s with this guy and thinks he’s so sweet. But he’s not. He is heartless.

Just to address it—people aren’t considering that I lived through that “Miami night.” It bothers me because I don’t have to believe anybody. I personally lived that night. I had multiple phone conversations with Tom. Nothing she or Kristen says adds up. I have never questioned the situation because I know what happened that night. I trust Tom. The way I’m being portrayed is against my character. I don’t just believe anything. It’s even more frustrating to try and defend myself to the viewers. It’s hard to explain your true self in a 140-character tweet … Tom is such a good guy and so genuine. You have to keep in mind that we’re making a show. You have to take it all with a grain of salt.

Even though Ariana is probably the best girlfriend in the world dealing with all this mess and standing by Tom, Ariana’s best friend Scheana, as well as others, however, have had their doubts. Nonetheless, we can’t help but be Team Tom & Ariana and root for their relationship to last.

Later on in the episode, Kunkel gets her chance to confront Tom and he denies that they ever had sex.

4. Kunkel Says That Having Sex With Tom Sandoval Freaked Her Out

Kunkel talked about the alleged sexual encounter with Tom Sandoval in detail with Star Magazine and says that the situation was a bit scary for her. Kunkel explained:

We started making out, and he kept trying to put his hand down my pants, but I told him I didn’t want to have sex because I had my period. He didn’t believe me and told me to prove it. It was a whole 180-degree personality change. He flipped out and had this crazy, scary look in his eyes. But then he said he didn’t care and we went back to his bedroom and had sex. It literally lasted for like three seconds, so I was just like, ‘Thank god.’ It was just one of those situations where I didn’t know what to do, and I was just so freaked out.

Kunkel says while she was hooking up with Tom Sandoval, her friend was in another room with Jax Taylor, who also had a girlfriend at the time. But, we all know that Jax is no stranger to the concept of cheating on his girlfriends.

5. Kristen Doute’s Job Is In Jeopardy After Bringing Kunkel To SUR

Lisa Vanderpump is livid when she learns from Scheana that Kristen Doute has brought Kunkel to SUR to mess up Tom Sandoval’s relationship. She feels that Kristen has disrespected her restaurant for having this personal scandal play out at work. Scheana is upset because Sandoval’s girlfriend Ariana Madix is her best friend and she’s not happy that Kristen is trying to ruin her relationship with Tom. In turn, Scheana and Kristen get in a fight at the restaurant as well.

When Lisa sits down with Tom to talk about the situation, she says to him that she finds it strange that Kunkel would fly across the country to confront Tom if nothing had happened. Where there’s smoke, there’s fire. 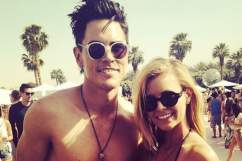