On tonight’s first episode of the back-to-back shows for Celebrity Apprentice, the celebrity sent home was Sig Hansen.

The task was to host a themed boat tour of New York City on Circle Line Cruises. Brandi Glanville was the project manager for her team, while Sig Hanson was the project manager for his. For Brandi’s team, she named Ian Ziering as the accountant and the team picked their theme to be Mardi Gras. However, Brandi felt the theme was too reflective of New Orleans, rather than New York. Later on, she decides to switch it up and go with the theme “Big Apple Bonanza.” The tour was a party boat with Kenya Moore performing her song “Gone With the Wind Fabulous.” They had a magician, a signature drink, dancers, and a conga line. The only negatives were that customers were a bit confused by the theme and thought that Kenya Moore’s performances was too provocative.

Sig Hansen is playing for the benefit of the Coast Guard, so even though he lost, Donald Trump donated money to the Coast Guard anyway. Hansen’s theme started out about immigration and war, but the women felt it was a bit too heavy, so the new theme became “The Sexiest Catch.” Hansen got Hooters girls on board, but had a bit of a meltdown when he was under stress. Geraldo Rivera let his words get away with his as the tour guide and ended up screaming “Screw the Terrorists.” The attendees were not as pleased, though they felt Hansen was working hard to make a great experience. 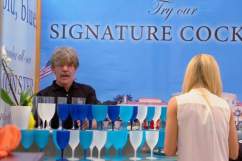