Ant-Man may not be a household superhero property, but we’re betting that it will take off just as fast as the Guardians of the Galaxy during its movie theater run. Actor Paul Rudd will play the role of Scott Lang aka THE Ant-Man himself. Lang will take on the role of the mini-hero after his mentor Dr. Hank Pym (the original Ant-Man) trains him and tries to safeguard his important piece of technology. Corey Stoll will play Daren Cross, the man who will don the villain suit catered to Yellowjacket.

Enjoy this full-sized trailer, Ant-Man fans! You should be ready to get introduced to Marvel Comics’ miniature hero in theaters come July 17, 2015! 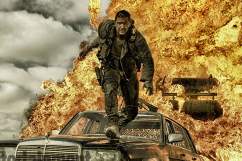