Christina Aguilera returns to The Voice as a coach once again in the 8th season of the show after taking a short hiatus. Last season, Gwen Stefani filled Aguilera’s seat, but now she’s back and she’s bringing the power. With a net worth of $130 million, Aguilera is a huge success in the music industry and is no one to mess with. Read on for the details on what Aguilera brings to the show and what she’s been up to while she’s been away from The Voice.

1. Aguilera Took Time Off For Motherhood

Aguilera is now the mother of two children, most recently a baby girl named Summer Rain Rutler, who she had with fiance Matt Rutler. Summer was born in August 2014 and Aguilera is also mother to 7-year-old son Max with her ex-husband Jordan Bratman. According to Hollywood Life, Aguilera gave birth to Summer at Cedars-Sinai Medical Center on August 16th in her own private birthing suite.

Aguilera first revealed she was expecting a girl at a concert in Malaysia on March 28, 2014. 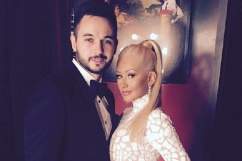 2. She’s Been Working On a New Album While Away From the Show

Christina Aguilera has been putting together a new album while she’s been on hiatus from the show. On April 19, 2014, Aguilera tweeted: So blissful in taking this time for creating all things blossoming new on the horizon…album, baby & beautiful music to come.

There has been no word of a release date for her album yet as Aguilera explains:

I just have to make sure it’s right, and it’s genuine and it’s heartfelt, and I’m very excited to pour my heart out into this record fully. I’ve been gathering and writing and coming up with these amazing ideas for different parts of how I was feeling the past year, so I’m really excited to vocalize all of it and make it all come together.

3. Aguilera Hasn’t Watched the Show Much Since She’s Been Away

Christina Aguilera stated that she’s been on the show since day one and it’s become a well-oiled machine. She told The Hollywood Reporter:

By season eight, we are a well-oiled machine. Taking time away, I don’t really watch the show and study it [to see what changes]. But what [the time away] does do is let me step away and come back with a fresh perspective on things. I am excited to see what talent awaits this season.

In addition to re-joining The Voice, Aguilera is also appearing on the show Nashville, stating:

Move over Blake, you may not be able to play that ‘country card’ for long … I am excited to try something different, as I do think in life, and in music, experience just adds to the creative process. We haven’t started shooting, I actually leave for Nashville next week. But I can say my character is a successful pop singer who desperately wants to move into the country world, as that is her true passion. But she is caught between her passion and what the label wants her to do.

Besides acting and music, Aguilera is also currently producing television.

Aguilera has been gone from The Voice as a coach for two seasons, but last season, she returned to the show as a mentor on Team Gwen Stefani. Aguilera talked about the difference in her appearance as a mentor to The Hollywood Reporter, explaining:

Mentoring was great, no pressure. I showed up, saw a good friend, and watched and guided her team for the day, and left. I really loved it, as the pressure was not on me.

5. Aguilera Is Currently Working With Fellow Coach Pharrell Williams Away From The Show

On an interesting note, Aguilera has been working on her album with the help of fellow The Voice coach Pharrell Williams, telling Extra TV:

During my pregnancy, I had a meeting with him and just connected on where I want to take the next album. And we started talking music, and he has one song in particular that I love.

I have known Pharrell [for] a long time, but we never directly worked together before this, and I am really enjoying it. Pharrell has an amazing sense of calm; he is so fluid and smooth in his delivery, and he’s one the the most talented guys in the business. I am really happy he has joined The Voice family, and we are even working on a song together now. 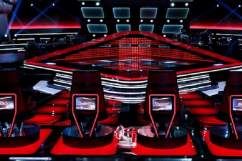 ‘The Voice’ App & How To Watch the Show Online