1. Lane Got ‘Rip Roaring Drunk’ on the Flight

TMZ reports that Lane was arrested on February 18. Her outburst allegedly happened midair between Atlanta and Los Angeles. The gossip site says that she physically attacked members of the flight crew and fellow passengers while being “rip roaring drunk.” She had to be “physically restrained” during the last 45 minutes of the journey. After landing, police came to arrest Lane, and she’s alleged to have then attacked him as well. She was first taken to a hospital then jail where she was booked for public drunkenness and batter on a police officer. Lane was released on bail.

2. She Had to Be Dragged ‘Kicking & Screaming’ From the Flight

CBS News reported on the story of Lane being arrested. The network referred to her by her real name, Lisa Piasecky of Irwin, North Carolina. CBS said she had to be dragged “kicking and screaming” from the plane. On February 18, Lane tweeted (Warning: Lane’s Twitter contains some very graphic material) that she was headed back to LA to do “what [she] does best.” The tweet was accompanied with some rather sexual images. Although she’s tweeted since then, Lane hasn’t mentioned her arrest.

3. Lane Has a College Degree in Business

4. She Was Once Married to Pornographer Rick Shameless

Lane and Shameless together during their romance. (Wikimedia)

Lane posted this pic to Twitter three days before her arrest.

She’s a double award winner at the prestigious Adult Video News Awards, in 2009 she was the recipient of the Best POV Sex Scene. The following year she was back at the podium collecting her Best Group Sex Scene award. 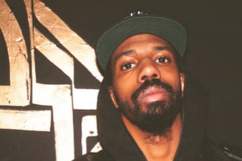