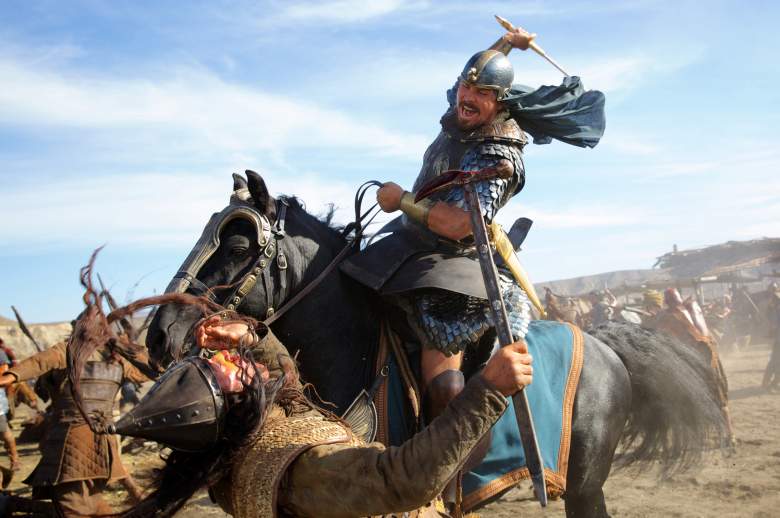 Another week, another slew of new DVDs, Blu-Rays and video games to conquer. This week ending March 17, 2015 brings a lot of big releases from 2014, including the Annie remake, Christian Bale’s controversial biblical role, silly penguins, and a potential revamp of a big name video game franchise.

All DVD and video game releases will be released on what I like to call New Media Tuesdays — in this case, March 17, 2015 — unless otherwise noted. You can check out last week’s releases here, and keep reading this article for the new DVD and game releases coming this week:

2014’s remake of the classic Annie stars Quvenzhane Wallis, Jamie Foxx and Cameron Diaz and retells the story of a foster kid who lives with a mean foster mom who sees her life change tremendously after a New York mayoral candidate makes a thinly-veiled campaign move to take her in. It’s loosely based on the classic Annie we all know and love, and it has its own merits that make it an enjoyable family film.

Christian Bale stars in new take on Moses as he rises up against the Egyptian Pharaoh Ramses, freeing 600,000 slaves and thus the cycle of deadly plagues begins. I haven’t been a fan of anything Christian Bale has done since The Dark Knight Trilogy, but Exodus: Gods and Kings is an interesting retelling of the classic biblical tale we’ve all heard.

Critics can be a little too tough when it comes to animated movies, but if it were up to me, I’d rate Penguins of Madagascar in the 8.0-8.5 range. Skipper, Kowalski, Rico and Private join forces with The North Wind to stop Dr. Octavius Brine from destroying the world, and they do so in a hilariously entertaining fashion. The characters are all voiced by some top-notch vocal talent, including John Malkovich, Benedict Cumberbatch as Classified, and The Hangover’s Ken Jeong.

Code Name: S.T.E.A.M. is a turn-based strategy game meets third person shooter for the Nintendo 3DS that pits you on a team against aliens. The review embargo lifted this morning, and it looks like game critics are giving it good ratings across the board. It releases on March 13, 2015.

This is EA’s last chance to revive the Battlefield franchise to where it once was, before Battlefield 4’s release tarnished the series’ image. Judging from the beta time we’ve played, Battlefield: Hardline is at least going to be a good enough game. Of course, it could release to a slew of problems like we saw with Battlefield 4, but who knows at this point. Still, we’re interested to see how the game fares with gamers when it comes out next week.