We all heard about the planned prequel series for The Walking Dead for quite some time now. Out of nowhere, series creator Robert Kirkman announced the name for the upcoming series – Fear The Walking Dead.

Now, we can all take our 1st peek at the series with this 1st official trailer. This promo vid alludes to a mysterious disease plaguing five states and the need for people to get their flu shots. Of course, we all know what disease is being spoken about. This new series will take place within Los Angeles and stars the likes of Kim Dickens, Cliff Curtis, Frank Dillane and Alycia Debnam. This soon-to-released prequel series will hit AMC later this summer.

You’ll get a lot more Walking Dead to hold onto, since this show has already been signed to air for two seasons. And you all know Season 6 of the main series is coming later this Fall. Sometime in October, perhaps? 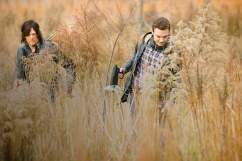 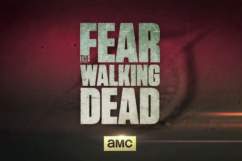 ‘Fear The Walking Dead’: 5 Fast Facts You Need to Know