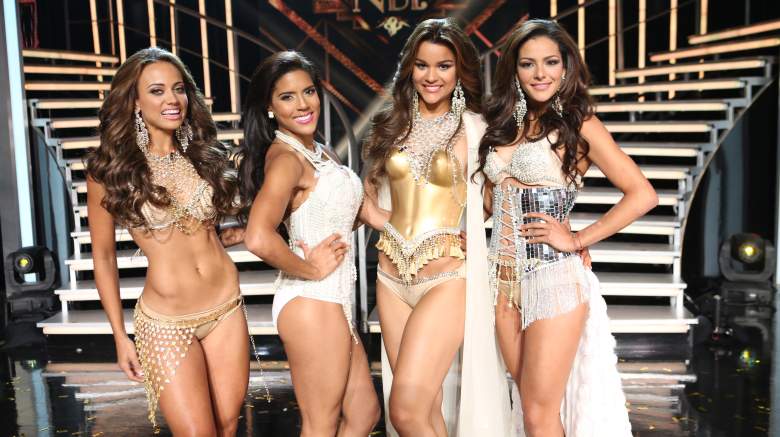 The Nuestra Belleza Latina 2015 beauty winner will be announced this Sunday on Univision network.

At the finale of the Season 9, only one out of the four finalist -Catherine Castro, Francisca Lachapel, Clarissa Molina, and Nathalia Casco- will be crowned and win the top prizes of the beauty competition.

Casco almost didn’t make it to the finals. She was saved by the audience who voted and gave her 61% of the votes and Mariana Torres was eliminated.

But before the elimination, the girls had to answer a question.

Castro was the first one to go and she got the question on same sex marriage. She said that one of worst mistakes a human being can make is to judge others. She added that each of us is the captain of their own destiny. And it didn’t matter how different we are, we are the same.
Love is trust, love is noble, love doesn’t hurt, love doesn’t humiliate…

Then Casco had to answer the question on what men needs to learn from a women. The Honduran said that they need to learn on how women take care of their children…and that they work hard and they wear the pants in the house (Spanish).

Lachapel was asked if the United States was ready for a female president. She answered “yes” and added that women have proved that there aren’t any limits for them (Spanish). The Dominican added that in the past no one thought that we were going to have a black president and now we have one. Lachapel believes that is time for a change. Can you guess who’s she voting for?

Molina was surprised with a question on how she would respond to people who are against beauty pageants.The Dominican responded that there is a lot of physical and intellectual preparation behind a beauty pageant (Spanish).

Torres, who was later eliminated, was asked about who would she save if there was a nuclear holocaust. She said that she would save a pair of chimpanzees because humans come from apes (Spanish).

Here’s what you need to know about the gran finale: 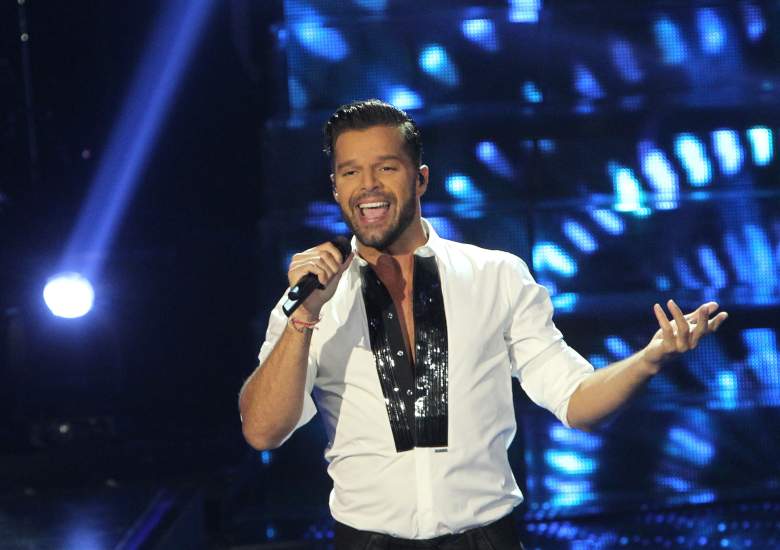 Ricky Martin will be performing on the gran finale of Nuestra Belleza Latina 2015. (Getty)

During Sunday’s final episode, Prince Royce will take the stage and sing “Que Cosas Tiene El Amor”, but he won’t be alone. The singer will perform a duet with Anthony Santos. This is the first time they will perform together so you don’t want to miss it, according to Univision’s press release.

Ricky Martin is going to take the run way with his hit single “Disparo al Corazon”. Plus, Espinoza Paz will premiere his new song “Perdi la Pose”. J Alvareza will heat things up with his “Temperatura”.

Paulina Rubia will bring more Latin flavor to the finale. The Mexican artist is going to sing “Mi Nuevo Vicio”.

2. Aleyda Ortiz will be Performing on Stage 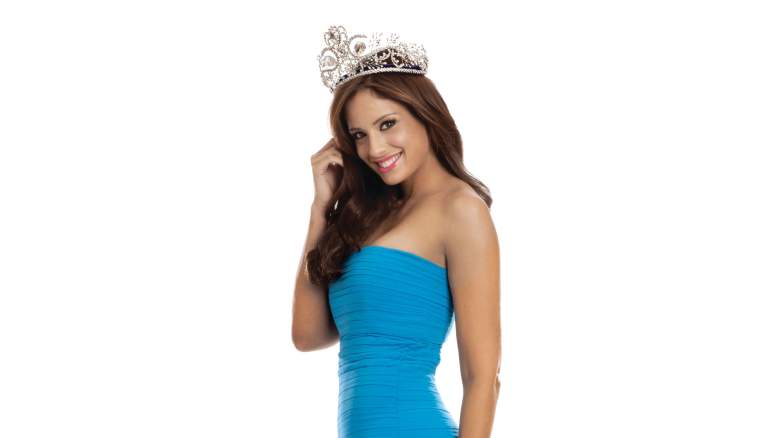 The current beauty queen Aleyda Ortiz will be handing over the crown to the new winner. But before giving up her crown, she will sing and dance a special number. 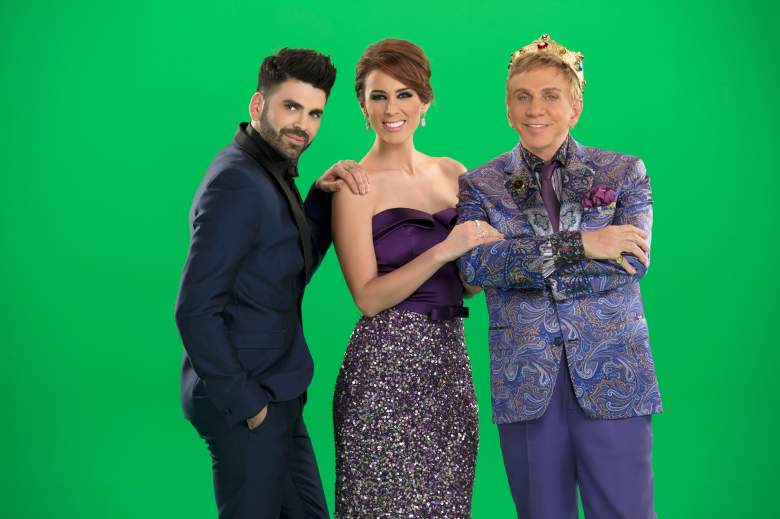 According to Univision’s press release, the judges – the Mexican actress Jacqueline Bracamontes, style expert Jomari Goyso, and beauty czar Osmel Sousa- have a surprise that you cannot miss. What could it be? 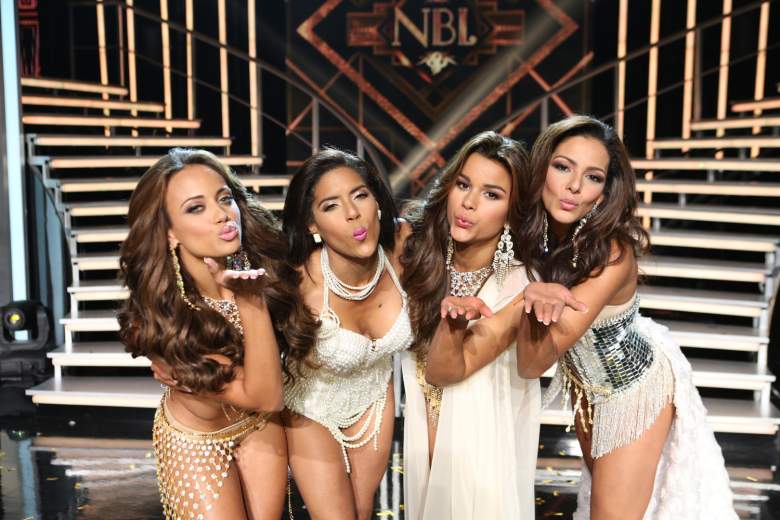 The winner will be selected by the audience and the jury on the show’s ninth season; based on her talent, personality, development, and poise.

The four finalists are: Nathalia Casco from Honduras, Catherine Castro from Puerto Rico, Francisca Lachapel and Clarissa Monlina, both, from Dominican Republic (Spanish).

5.The Winner will get an Exclusive Contract with Univision 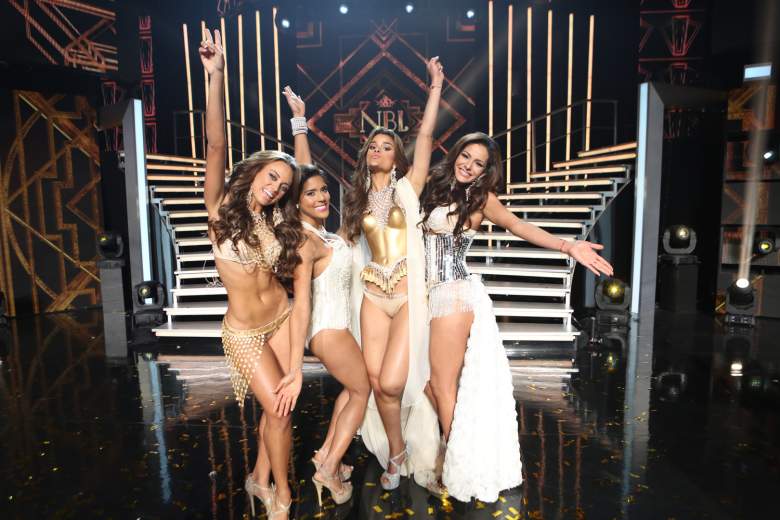 The new Nuestra Belleza Latina 2015 will take home the crown, a car, $200,000 in cash and prizes that include a contract with Univision Network. Plus, she’ll be featured on People en Español magazine as part of the list of “Los 50 mas bellos”. 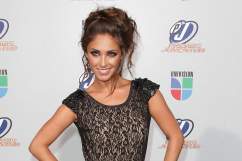