For those looking for the physical CD of my 2013 original CD, Out My Window, and seeing "Out Of Stock"- Hang in there! ? It will be back in stock very soon ? if you just want to download it, you can do that now on iTunes, CDBaby, and Amazon. All my performance songs from The Voice are available Only on iTunes ? Thanks for your patience ?

Sawyer Fredericks, 16, is a fan favorite contestant on The Voice and hails from a farm in Fultonville. When he was thrust into Hollywood, he says he loved it, but it was definitely a culture shock because he loves being back on the farm. He says he’d love to be a farmer, but he really wants to be a musician. For all the latest information on Fredericks and his journey on The Voice, check out the below facts. 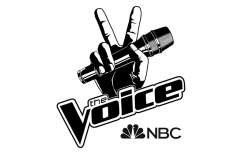 1. Fredericks Is An Old Soul

Wow!!? what an amazing night ?everybody was awesome??? hope it was just as great on TV ? so cool my Dad and Oma were able to see it all Live ❤️? #VoicePlayoffs #TeamPharrell #TeamSawyer 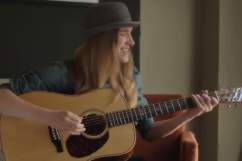 What an amazing night!!! ?Congratulations to all my friends ? I feel really happy with how my song went ?there were some hard parts I wasn't sure about and I made it through ? please vote and if you like my version of Iris, you can get it on @iTunesMusic ?#VoiceTop10 #TeamPharrell #TeamSawyer

Judge Christina Aguilera may have been bumped out of the competition, but that doesn’t stop her from giving her opinion on the contestants. On Live with Kelly and Michael, Aguilera revealed that Fredericks is her pick to win, stating:

It’s somebody that’s been in the top five iTunes every [week]. I think he’s very connected. America loves him. And he’s been a standout. I actually was telling Pharrell…because he got Sawyer in the blinds when all four of us pushed our button. And I was like, ‘Well you just won.’ And later on now, Sawyer has definitely been in the [top]…I would be shocked actually if he didn’t win.

3. The Voice Actually Reached Out to Fredericks to Audition For the Show

Goodnight everyone hope you all are watching #TheVoice tomorrow ? I will try not to mess up sleep well #TeamSawyer #TeamPharrell

Nerves are running wild as the finalists gear up for the show finale and Fredericks is no different, telling fans that he’ll try not to mess up in his performances. Clearly, the show has no reservations about Fredericks’ performing since the producers of the show are actually the ones who reached out to him to audition. Fredericks revealed that the show found him on YouTube and asked him to come to New York City to audition. Now he’s in the finals as one of the most loved contestants.

4. His Mother Helped Him Realize His Music Abilities

I felt pretty good, too ?

When Fredericks’ uncle taught him his first few chords on the guitar at age 12, Fredericks’ mother really took interest in her son’s musical talent. His mother then pushed him to help him get open mic gigs and three years later he was on The Voice.

Fredericks used to only play his music for his parents.

5. Koryn Hawthorne Is the Other Contestant Left On His Team

The #VoiceTop5 have been working so hard this week, even fitting in epic homecomings ?, to bring you a great show tonight. ? Hope you're tuning in at 8/7c and getting ready to vote!!? #TeamSawyer #TeamPharrell

Koryn Hawthorne is also on Team Pharrell Williams, competing against her teammate Fredericks, and host Carson Daly believes she may have what it takes to beat Fredericks. Daly told HNGN:

Somebody asked can anybody beat Sawyer? I don’t think it’s sewn up just yet. Koryn really hit on all cylinders tonight and brought down the house. It’s a tough choice.