It’s part two of the premiere for the 2015 season of The Bachelorette and both bachelorettes hit it right off with contestant Shawn Booth. However, Booth really felt a connection with Kaitlyn Bristowe and said he was on the show specifically for her. Britt Nilsson was a bit let down hearing this, but it doesn’t matter because, according to Reality Steve, Nilsson is voted off the show by the contestants. Bristowe told the cameras that Booth gave her the kind of feeling she was really hoping for on the show and she was very into him. When she and Booth finally got to sit down for some one-on-one time, she became even more excited about him. She even kisses him … but he’s not the first kiss of the season because the dentist goes in for the kill before Booth gets his smooch. In turn, Booth gets the first impression rose this season … and if you don’t want to hear a really big spoiler, then stop reading now.

According to Bachelorette expert Reality Steve, Shawn Booth makes it to the final two on the show. Booth is a personal trainer from Connecticut who loves country music, especially Jason Aldean and Blake Shelton. He’s also quite the contractor as he lists his biggest accomplishment in his ABC bio as:

Owning an 1888 farm house and completely fixing/rehabbing it with my father.

Booth is really close with his family and he’s crazy about his dog.

For more information on The Bachelorette 2015: 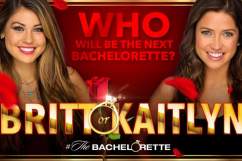