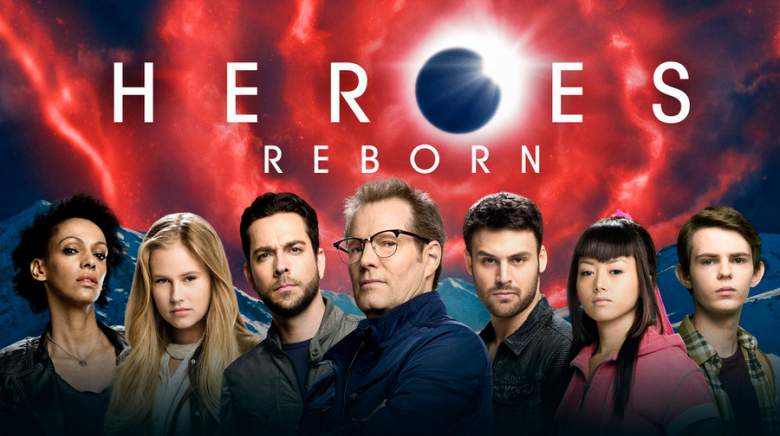 Heroes Reborn feels more like the old Heroes we used to know and love. But what happened to Claire? (NBCUniversal)

Tonight was the anticipated premiere of Heroes Reborn on NBC. Five years after Heroes ended, the Evos (evolved humans) are on the run after an explosion in Odessa. The world has changed since we last saw Heroes, but Primatech is still around and at the center of quite a few mysteries. This was a powerful first episode that could point to a really enjoyable series that feels more like season 1 than the regrettable later seasons of Heroes.

This is the recap of Heroes Reborn‘s pilot episode. This recap has spoilers for the first two episodes that aired tonight, along with potential spoilers in the form of theories.

The Mystery of June 13

A huge explosion ripped through Odessa on June 13 at a summit for people sympathetic to the evolved. Mohinder Suresh, one of our favorite characters from Heroes, has been blamed for the explosion and he’s on the run. People who believe he’s innocent are thought of as truthers/apologists. (That’s an interesting take on the “truthers” term for 9-11 conspiracy theorists too.)

West Coast: It's your turn! Tune-in for the series premiere of #HeroesReborn NOW. pic.twitter.com/U2FzaXj5Wv

In the June 13 explosion, Noah Bennett’s daughter Claire died. But Quentin Frady, a conspiracy theorist, helps Noah realize that he’s lost a big part of his memory. June 13 didn’t happen the way they say it did. (And, as we later learn, Quentin has a personal stake in this because his sister Phoebe, who’s an Evo who could manipulate darkness, has been taken too.)

When Bennett confronts the Haitian (Rene) about this, Rene tries to kill him. Noah shoots him first and, as Rene’s dying, Rene tells him that he did what Noah told him to do, because Noah needs to forget. “It’s coming,” the Haitian adds just before he dies.

That’s when we see a very “Avater-esque” girl somewhere in a North-Pole-looking place, as Mohinder narrates: “It’s coming, and when it does, everything will change. Yet there are those who can stop it.”

A short while after this, Noah and Quentin team up and, I must say, they make a hilarious duo. This is a pretty serious series so far and it needs the comic relief of these two. They go back to Primatech Paper Company, where Noah used to work, and the trip is very nostalgic for those of us who watched the first series. They’re looking for files on Molly Walker or Renautus.

That’s when Quentin finds a paper that says Claire wasn’t at the summit at all. She’s not accounted for. So how did she die? A few fans already have a theory on this, so skip to the next section if you don’t want a possible spoiler. The theory is that Claire isn’t dead at all and Noah helped her disappear. He had the Haitian erase his memories so no one would be able to read his mind and find Claire. Perhaps “save the cheerleader, save the world,” is still in play to some extent. This makes sense, since Claire seemed impossible to kill. She even walked out of a fire and regenerated! Only destroying her brain somehow could really destroy Claire. 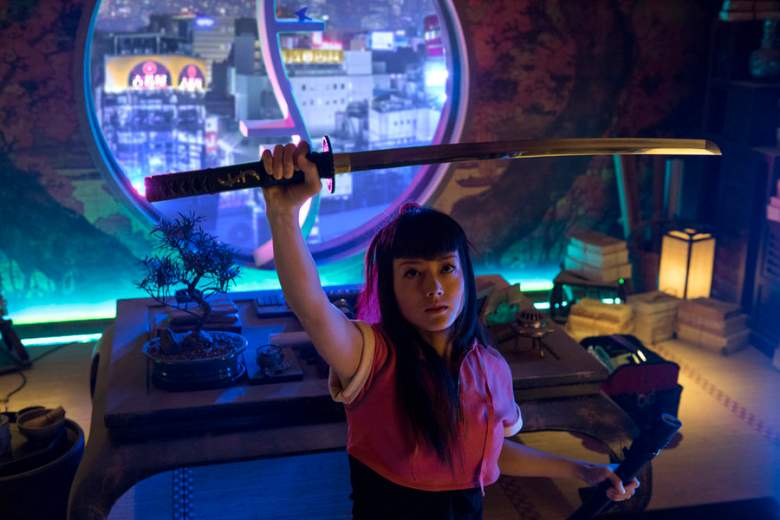 Miko is one of the crazies characters on the new Heroes Reborn. Here she is holding Hiro’s Kensei sword. (Christos Kalohoridis/NBC)

Miko from Tokyo has pretty much the craziest story around. Her dad is locked in a video game called Evernow and she has to track him down.. The clues for finding him are in a manga that her dad, Hachiro Otomo, wrote. A gamer named Ren, who found her by reaching a crazy high level in the video game, reveals much of this to her. The katana transforms her into a deadly warrior and she can move back and forth between the game and the real world.

But do you know the secret of the katana? It is Hiro’s Kensei sword. We can tell by the helix glyph on its hilt. (WorkPrint has a great writeup about this.) A few points to remember: Hiro eventually became CEO of Yamagato, which is where Miko finds herself when she leaves the game.

As for the Kensei sword, according to WorkPrint and the original Heroes series, it was created in Japan and came into the possession of Takezo Kensei. The sword allowed Hiro in season 1 to focus and reactivate his abilities. (Hiro’s dad, however, later says that power was all Hiro’s and had nothing to do with the sword.) It plays a huge role in Heroes, including a storyline where its owner, Kensei, had Claire’s regenerative abilities but was not actually a hero himself. At the end of the series, it’s assumed that Hiro still owns the sword.

Luke and Joanne are out for revenge after Luke’s child was killed at the summit explosion. Their goal seems to be just killing as many Evos as they possibly can. They’re tracking Tommy when he teleports them away. He thinks that anyone he teleports ceases to exist, but Emily helps him figure out that they actually go to the last place he was thinking about. In the case of Luke and Joanne, they were sent to the fifth level of Primatech, in an observation room where Tommy was locked as a child. Of course, as soon as they escape, they just shoot up a bunch of people who are working in in IT room.

I really don’t have any sympathy for Luke and Joanne.

Other Stories to Watch 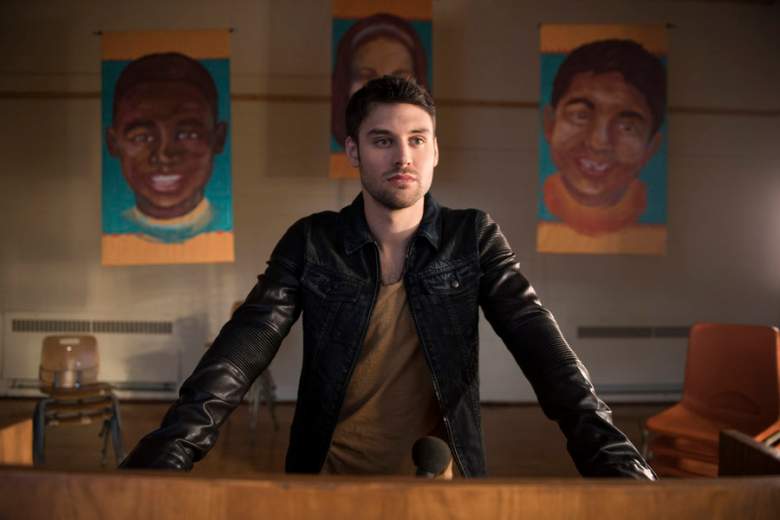 What role will Carlos play in “Heroes Reborn”? (Christos Kalohoridis/NBC)

There are a few other interesting characters to watch out for. Carlos is a war hero and El Vengador is Carlos’s brother, Oscar, who had an underground railroad to get Evos safely to Canada. Carlos takes over his brother’s role. We also have a mystery man who can make memories disappear by just using pennies. He’s secretly helping Tommy because Tommy’s important.

The biggest mystery is a new technology that a group called Renautus is creating. Molly Walker — who can locate any Evo just by thinking about them — is the key to the technology. At the very end of the episode, her identity’s revealed.

What did you think of the story? Here are a few reactions on Twitter:

AAAAAAAHHHH #ShawnAndGusScream Just finished the #HeroesReborn premiere and wow…. that was awesome I can not wait for next week's episode!

#HeroesReborn my #favorite #show is back #Heroes it didn't disappoint it got right back in the swing of things pic.twitter.com/5lyzfQkyIf