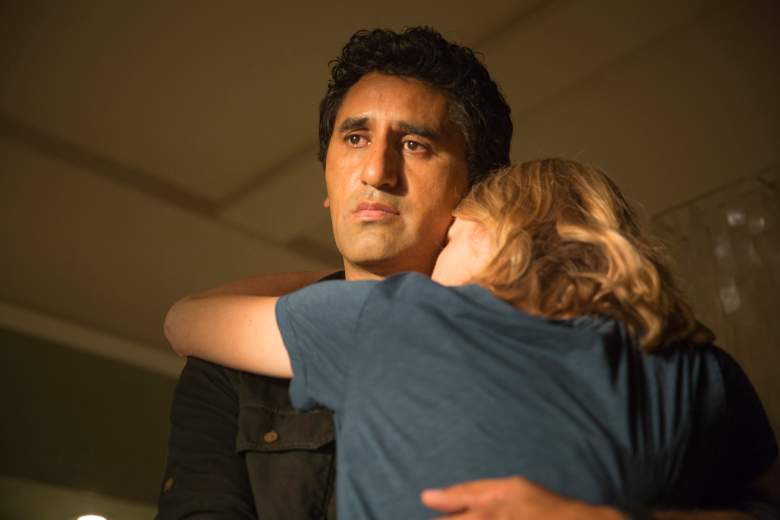 Travis may have to rethink his world view, thanks to Fear the Walking Dead. (Justina Mintz/AMC)

Fear The Walking Dead‘s season might be over, but all the reactions and theories are just getting started. What did you think of the finale? Just who is Strand? Is he so prepared because he’s a prepper, or is he harboring a darker secret? Is Travis going to be less of a wimp from now on? Can Daniel be trusted?

These are the tweets and leading theories from the season finale that you absolutely have to see. You’ll find some spoilers through the finale and some spoilers for The Walking Dead here. Add your own theories and reactions in the comments below!

1. Thanks for Leaving the Door Open

“You can’t save everyone.” – Alicia #FearTWD pic.twitter.com/BWus8DSsrR

Remember when we all got mad at Alicia early on in the series because she left the door to their house open and the German shepherd, who only wanted to survive, got eaten as a result? Well, the entire group just left the gate open when they drove out of the neighborhood, knowing they were planning to release a zombie horde. Although fans could understand not warning the neighbors, in case this tipped off the military, they weren’t sure how they felt about leaving the gate wide open. Just check out this thread on Reddit for a few people’s reactions, along with the Twitter posts below:

Whaaaaaaaaaaat!??? Wtf #FearTWD Thats the easier way to save your family???

2. Can Daniel Be Trusted?

Daniel is a morally gray character who will do whatever it takes to survive, and has the smarts to do it, but he’ll also cross a lot of lines in the process. He was a torturer in the Salvadorean civil war. It’s the only thing that explains why he was able to walk so happily and calmly around while the zombies were following him. He had no problem causing hundreds of people’s deaths, so he and his family could escape. Griselda did say that he was the devil, right before she died. Here are a few Twitter reactions to Daniel:

Dude just strolled up to the soldiers like a herd wasn't following him! Badass! #FearTheWalkingDead @FearTWD

Anyone else really wanted to see how Daniel let those walkers out of the stadium? #FearTWD @FearTWD

What this world needs is a buddy comedy starring Victor Strand and Daniel Salazar from #FearTWD.

Daniel has become full-on "The Walker Whisperer" with that move. #FearTWD.

What if Daniel letting the dead out just to get to his wife is the reason why it couldn't be contained? #FearTWD @FearTWD

This Strand meme was shared on a Reddit thread about the mysterious character. (Imgur)

Strand is a fascinating character. He gives off a very “Governor” type of vibe, a la The Walking Dead. He seems like he could snap any second. But he’s also incredibly smart and a professed prepper. He had a pretty brilliant backup plan in case everything went awry. So, what’s his end game? Is he harboring a dark secret?

A few things we know about him.

What do you think of Strand? Trustworthy or dangerous? Here are a few reactions from fans:

"It's alright, they're slow." – 2 points to Strand for bringing some real-world smarts to #FearTWD @AMCTalkingDead

RT @FearTWD: "The only way to survive a mad world is to embrace the madness." #FearTWD <=This!!!

NO don't go inside Casa Strand. I don't trust him, don't wanna be on his turf. #FearTheWalkingDead #FearTWD #FearBeginsHere #FearTWDFinale

#TalkingDead he may not have morality or scruples, but Strand has an effing boat! #FearTWD

I love Strand. I just gotta say that. He is the man! #FearTWD #PFFTWD

And a little note from the actor who plays Strand:

Thank you all for the Strand and #FearTWD love tonight! Season 2 will be on Fire!!!!

4. That Death at the End Was Heart-Wrenching, But Travis’s Moment Was Epic

The dead have taken over. #FearTWD pic.twitter.com/YH0VKjrfC0

Everyone is devastated by Liza’s death at the end, but fans are also celebrating Travis’s total “Rick Grimes” moment when he snapped and gave Andy a major and much-deserved beating. Finally, Travis is no longer playing Mr. Nice Guy. But will he be able to keep this up? Or, was he trying to stay so calm all along because he knew what could happen if he didn’t?

I knew there was a reason why Travis was trying to stay so calm… Andy, you just got yo ass whooped! #FearTWD 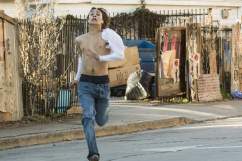 Read More
Entertainment, Television
Fear the Walking Dead's finale was CRAZY. Who is Strand and what secrets is he hiding? Can Daniel be trusted? See the reactions & top theories here.