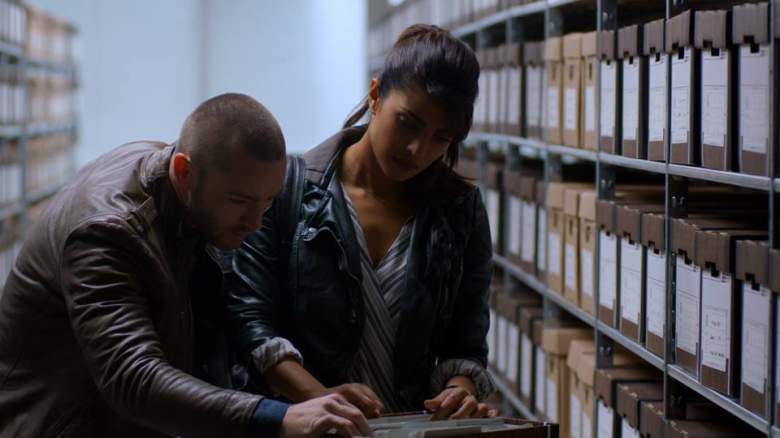 Quantico won’t air this week, but fans can catch up on the latest spoilers here. (Facebook)

The first-year ABC hit is taking a week off while the network broadcasts the 2015 American Music Awards on Sunday night, but don’t worry, Quantico will be back next Sunday, November 29. Check out the latest preview clip for the show’s return:

So, let’s recap where we are and we’re going on the FBI drama.

Alex (Priyanka Chopra) decided to turn herself over to the FBI in the New York timeline after finally, maybe, learning the terrorist’s next moves. Right now, after episode eight, it appears that it’s either Simon, Clayton or Liam who may be behind the Grand Central bombing.

Liam in particular paints an interesting picture after viewers learned that he botched a terrorism investigation along with Alex’s father Michael. So, what’s next for Alex? Well, it’s not simple. Showrunner Josh Safran told Entertainment Weekly

She has a plan in that it is desperate times calling for desperate measures. She believes that the only way to actually get people to pay attention to what she has now determined is a potential second bomb in New York is to turn herself in, to go from the inside out instead of the outside in.

Meanwhile, Ryan is in some serious danger after failing to make it to the destination he was supposed to reach in the helicopter. Safran wouldn’t speculate on whether or not Ryan was in life-threatening trouble, but did say the helicopter “landed more in hell.” Oh. Well that sounds fairly awful.

Viewers should also prep themselves for some fairly intense scenes next week. Safron told Entertainment Weekly, “I think probably, the intensity of the bullet extraction sequence in episode 8 is matched and surpassed in episode 9.”

While there are still plenty of loose ends and timelines to wrap up, Safron did promise that everything will start to come together in the final three episodes before the midseason break. Just don’t get too attached to any character, guys. No one is particularly safe.