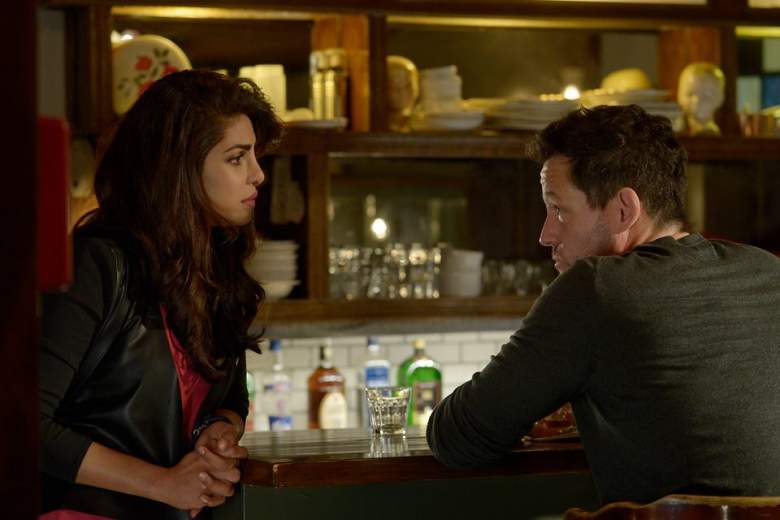 Quantico returns on Sunday night and things are only going to get more dramatic. For real. (Facebook)

Could a single week have felt longer? Probably not.

Well, have no fear Quantico fans. After a week of waiting, the hit ABC drama is back on TV this Sunday night. So go ahead, grab another slice of leftover Thanksgiving pie, plant yourself in front of the TV and get ready for a whole new level of FBI-related drama.

The brand-new episode picks up where the last episode left off, as Aex (Priyanka Chopra) turned herself in to the FBI in an attempt to warn the bureau that there’s a second bomb out there.

Of course, this is Quanitco and nothing is as easy as just reporting information; no matter what timeline you’re in.

The FBI is set to interrogate Alex with a team led by some of the best (and most intimidating) names in the bureau. Meanwhile, Ryan’s (Jake McLuaghlin) life hangs in the balance after the helicopter that was assigned to him never makes its destination.

Then, back in the Quantico timeline, a guest speaker named Dr. Susan Langdon (Anne Heche) makes her debut, instructing the NATs how to profile by assigning the trainees to investigate a serial killer and discover which victim doesn’t fit the case. Naturally, each NAT is talented, but Simon Asher appears to be just a little too good at the task.

Also in the past, Alex and Ryan spend some quality time together, while Alex also receives a call from Liam O’Connor’s cell phone. Alex goes to help Liam, who claims he’s too drunk to leave the bar, bringing them a bit closer as well.

See, we told you there’d be drama.

Quanitco returns on Sunday night on ABC and airs at 10 p.m. ET.