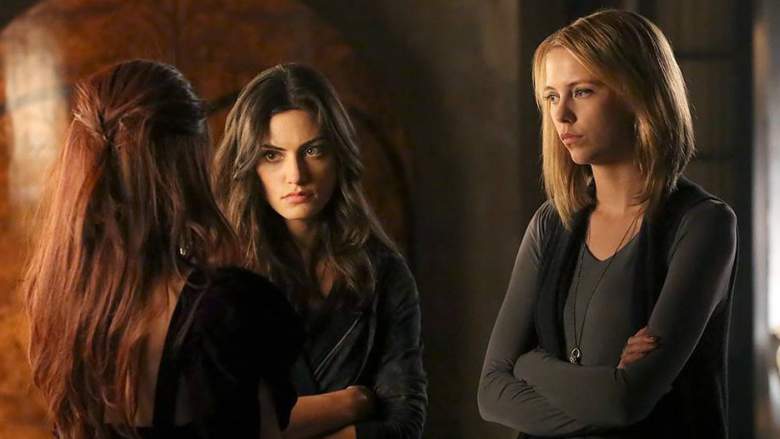 Fans will have to wait an extra week before getting back to New Orleans and a brand-new episode of The Originals. (Facebook)

So, you’re stuffed with turkey and stuffing and mashed potatoes (which, let’s be honest are the best part of the entire meal) and all you want to do before eating some more leftovers is camp in front of the TV and watch the latest episode of The Originals.

The only problem? The Originals isn’t on tonight.

That’s right vampire fans, The CW hit will be taking a one-week holiday hiatus. It’s ok guys, we’ll get through this together. With some more mashed potatoes.

Luckily enough there are still plenty of spoilers to tide us all over until the return next week. First off, let’s start with a brand-new preview clip:

Next week’s episode, titled “The Other Girl in New Orleans,” will find Klaus (Joseph Morgan) forced to play into Aurora’s games as he tries to rescue Cami. Of course, that won’t be easy and Klaus is going to face more than a few demons as he tries to save Cami.

So, what does this mean for Klaus’ possible romance with Hayley. Don’t hold your breath shippers, even Morgan is doubtful on that front. He told TV Line:

he director of the episode we’re shooting now described Klaus and Hayley as being two people who really wouldn’t be in each other’s lives if it weren’t for Hope. It was something that happened once between them. They’ve had numerous arguments, which would have been enough to make them say goodbye, but they can’t, because they’re both responsible for this little girl.

Meanwhile, Elijah, Frey and Hayley take drastic measures against Tristan when they discover he knows a piece of valuable information. This comes after learning that The Trinity chapter is getting more than a little bit complicated.

The Originals returns to The CW on Thursday, December 3 at 9 p.m. ET.

Joseph Morgan, ‘The Originals’: The Pictures You Need to See

Read More
The CW, The Originals, TV
It's Thanksgiving, so can fans of The CW hit expect to watch The Originals on Thursday night?