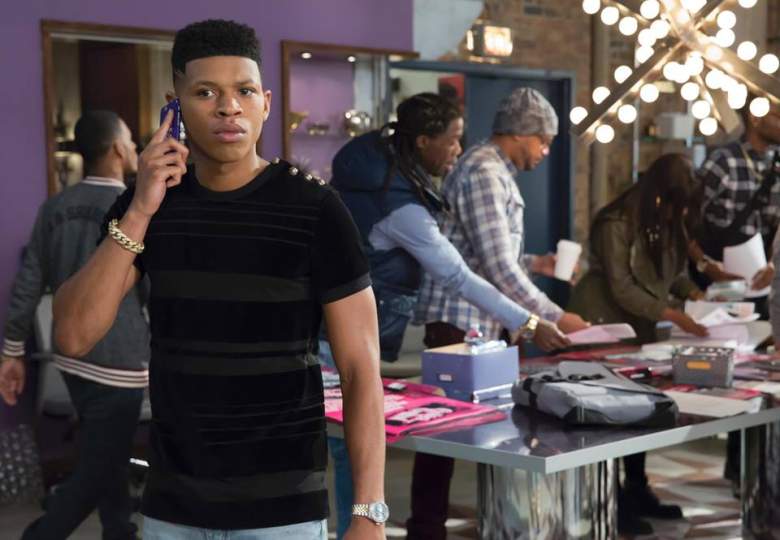 Hakeem will get some serious news this week in Empire’s mid-season finale as the show reaches a dramatic point. (Facebook)

It’s all been leading up to this.

Empire airs its midseason finale on Wednesday night with a brand-new episode, titled “Et Tu, Brute?” and things are finally going to come to a metaphorical head. If you all thought these past few weeks have been dramatic, then you ain’t seen nothing yet.

Check out a preview clip of the episode and then read on for all the latest spoilers:

Lucious (Terrence Howard) and Cookie (Taraji P. Henson) join forces once again as the volatile pair come together in an attempt to save the Empire. This comes just after Mimi (Marisa Tomei) makes a motion to remove Lucious as CEO of the label.

The backstabbing move is shocking for Lucious who just recently made a play for Swiftstream, the music-streaming service he’s been working to acquire all season. The move is another step as Lucious tries to become the most dominant figure in the entire music world. However, the mogul’s ego comes crashing back down after Mimi’s motion and, now, even his future within Empire is up in the air.

Meanwhile, Hakeem’s (Bryshere Y. Gray) love life continues to be a bit of a disaster. He’s still in a relationship with Laura (Jamila Velazquez), unaware that Anika (Grace Gealey) is pregnant with his child and, for good measure, Camilla (Naomi Campbell) is back. That’s a lot for anyone to deal with, let alone a guy who is still dealing with the repercussions of being kidnapped.

As for Jamal (Jussie Smollett), the final moments of last week’s episode – you remember, he kissed Skye (Alicia Keys) – will continue to have a major impact on him. Jamal’s sexuality has been a major point of the entire show and plenty of viewers were, understandably, confused with last week’s turn.

See, we promised there would be drama.

Empire airs at 9 p.m. ET on FOX on Wednesday.

Read More
Empire, FOX, TV
It's the midseason finale of Empire and you know things are going to get dramatic. Read on for all the latest spoilers for Wednesday's episode.