Last night was a huge night for the Miss Universe Pageant, not because a new winner was crowned, but because a major on-air mistake occurred. Unfortunately, pageant host Steve Harvey announced the wrong name for the winner of the competition. It took a minute to correct the mistake as Miss Colombia was crowned and walked to the edge of the stage to absorb the good news. Sadly, it was not her win. About a minute after the announcement was made, Harvey came back to the front of the stage to reveal his mistake. Miss Philippines was the actual winner, but the damage had been done. Miss Colombia’s crown was removed and placed on the head of Miss Philippines. It was one of the most cringe-worthy moments in pageant history. Read on for the facts on the incident below.

Shortly after the mistake, Harvey posted the above apology tweet, which was deleted just minutes later for grammatical errors as both contestants’ countries were incorrectly spelled. He most likely was very frazzled when posting the tweet. Later on, he posted a series of three tweets extending his apologies to viewers at home as well as the contestants. He also personally apologized to Miss Philippines and Miss Colombia backstage after the pageant.

Read the apologetic tweets below.

2. Some Feel The Mistake Was a Publicity Stunt

Fans and viewers nearly broke the internet after seeing the incident or even just hearing about it. Twitter was flooded with quotes, comments and memes about Harvey’s mistake. There were also many who questioned how genuine the mistake was, believing it to be a publicity stunt in order to bring more attention to the Miss Universe Pageant.

But, with all the controversy surrounding the organization’s disassociation from former owner Donald Trump, would they really have needed it?

3. The Miss Universe Organization Has Also Issued An Apology

In addition to host Steve Harvey taking responsibility for his mistake and apologizing online, the Miss Universe Organization also posted an apology. Their apology was put on Instagram and Facebook as well as Twitter. You can read the apology in the above Instagram post.

4. This Was Not the Only Error at the Pageant Last Night 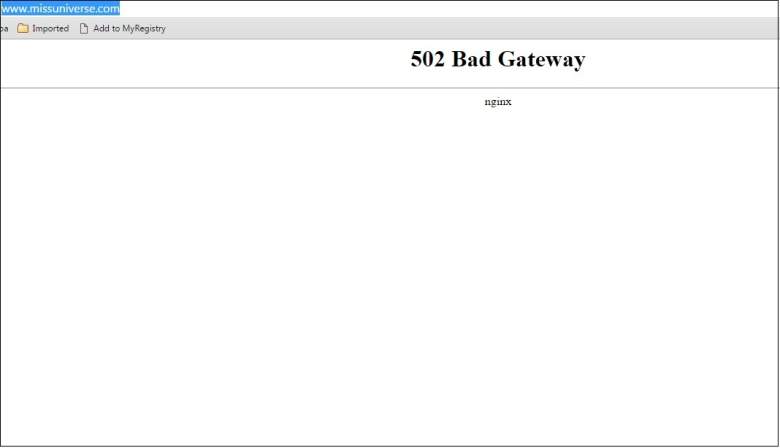 A new aspect of the pageant was that viewers at home could vote for their favorite contestants. They could also watch the pageant on the Miss Universe website via live stream. Unfortunately, in the very beginning of the program, the Miss Universe site crashed and fans were unable to cast their votes. It took about an hour for the show to address the technical issues live. Eventually, the network was able to feature a new website address to use when casting votes on the competition.

5. Both Miss Philippines and Miss Colombia Posted Comments About the Blunder On Instagram

A message from #MissUniverse Colombia, @gutierrezary.

After the incident, backstage, both Miss Colombia and Miss Philippines were asked to comment on the mistake Steve Harvey had made. Both women fought through tears as they gave their perspectives. Runner-up Miss Colombia said that everything happens for a reason and that she wanted to thank all her fans who voted for her. The true winner, Miss Philippines, joked with Miss USA that the crowning was very unconventional and very “2015.”