James Corden of The Late Late Show has a habit of picking up celebrities to sing for a little segment called “Carpool Karaoke”. Tonight, Corden happens to pick up Adele and we have the FULL video of it above.

Stars including Justin Bieber, Iggy Azalea, Jason Derulo, and One Direction have all participated on the show and it’s been a big hit. Adele and Corden start things off by singing Adele’s “Hello” in addition to other songs like her hit “Rolling In the Deep.” Corden even gets Adele to rap … and she does an amazing job with Nicki Minaj’s “Monster.” In addition to singing, the two engage in some fun dialogue, like Adele asking Corden for advice on whether she should wear a weave or not. Adele also talks about how she tries not to drop her name when making dinner reservations.

Click here to check out Adele’s most recent album on Amazon. 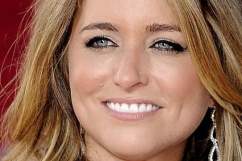