Chris Rock is hosting the 2016 Oscars and there are so many A-listers up for awards this year, with the movie The Revenant having the most nominations. The big event starts at 7 p.m./4 p.m. ET/PT, Sunday, February 28, 2016 with the opening ceremony and then 8:30 p.m. ET/5:30 p.m. PT for the main show, which will air on ABC. It’s the 88th Academy Awards and some of the presenters include Jennifer Garner, Louis C.K., Joe Biden, Ryan Gosling, Margot Robbie, Reese Witherspoon and Kerry Washington. So, for those of you hoping to watch all the events leading up to the show, red carpet arrivals, and post-show wrap-ups, read on below for the full rundown. 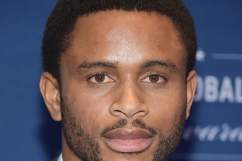 Read More
Celebrities, Oscars, TV
When Are the 2016 Oscars? Get the date details, time schedules of the red carpet events and Academy Awards pre-shows, etc.