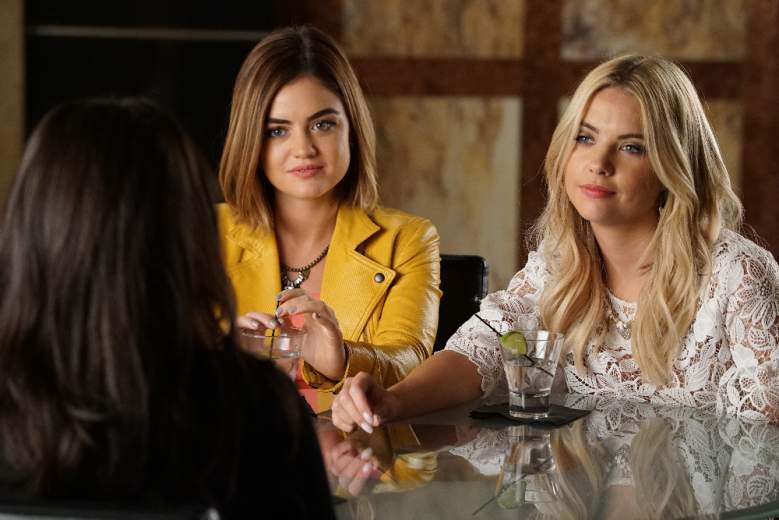 Tonight’s episode of Pretty Little Liars is titled “Where Somebody Waits For Me” and the official synopsis of it reads:

While new discoveries are made in the investigation of Charlotte’s murder, the truth begins to emerge about the Liars’ personal lives. Spencer is concerned to learn her mother is keeping a secret of her own. Aria confesses to Liam how deeply she’s involved with Ezra’s book. Ali admits that she and Elliott are more than just friends. Mona reveals where her true allegiances lie. Caleb, Spencer and Hanna deal with the complications of new relationships. Meanwhile, Emily and Hanna each receive shocking threats that elevate the seriousness of the situation.

Last week, Spencer and Aria found a hidden room when searching Sara’s room at The Radley. It was a room that Sara had specifically requested because it was Charlotte’s room before the institution was changed into a hotel.

This week, the girls continue to seek answers and you can check out the preview clip from tonight’s episode below.

Next week’s episode is called “We’ve All Got Baggage” and the show is all about love being “in the air.” The official plot description of the episode is:

As romantic relationships move forward, the Liars investigate a new suspect in the murder case. With Ezra back in Rosewood, Aria must tell him the truth about her involvement with his book. Spencer and Caleb deal with a media leak that affects the campaign. Hanna takes a look at her life after an incident at work. Emily gets harassed by the stalker while she continues the search for Sara. Meanwhile, two lovers finally tie the knot with the help of a special officiant.