While Scott Disick returns to the scene on Keeping Up With the Kardashians, according to E! News, he is not back together with Kourtney Kardashian. And, Disick may even have a new girlfriend now. Though Disick has been spotted with several women over the past months, there is a new mystery blonde in the mix. In addition, it looks like he may still be partying. However, a source has told E! that, though Disick was clubbing with the blonde until early hours of the morning, he did not appear to even have a drink in his hand during the night.

Last month, when Disick was linked to a model named Lina Sandberg, a source told E! News that Disick has moved to Hidden Hills, California, where Kim Kardashian and Kanye West are building their dream home. The insider explained:

He just moved to Hidden Hills and wants to just focus on being a good dad [and] not dating, especially this girl. He’s just focused on the kids and getting himself together.

But, that was last month. Could Disick have found a new girl or is she just another fling? 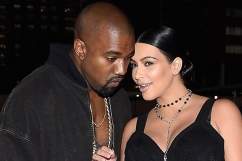 Kim Kardashian & Kanye West’s House: Are They Ever Moving In?