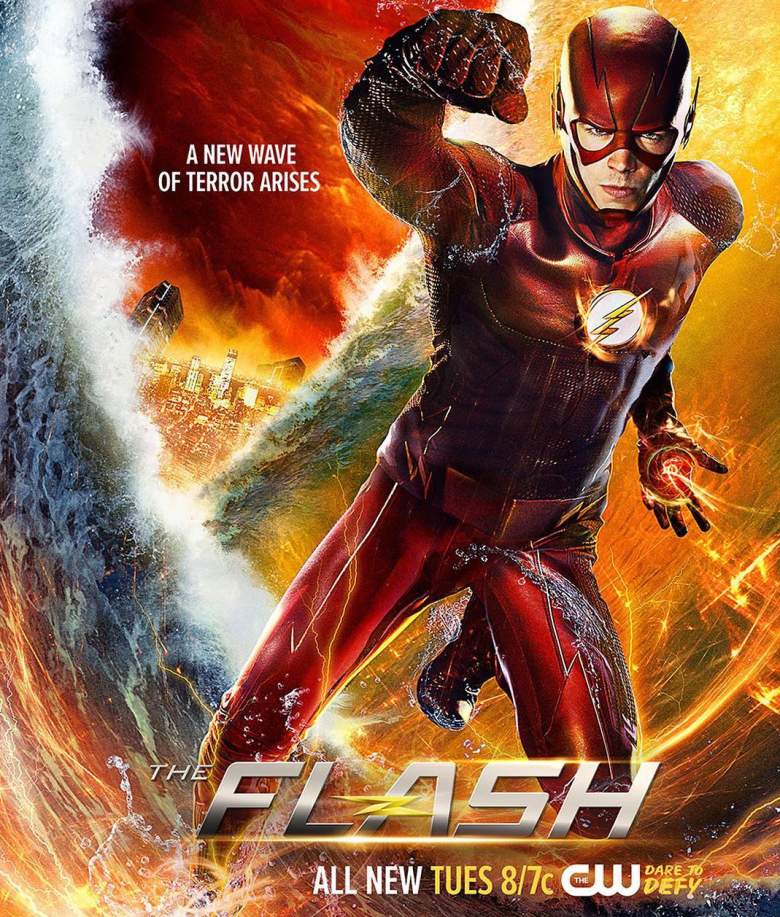 The Flash is taking yet another hiatus, but we’ve got plenty of spoilers to fill the time between episodes. (Instagram)

This hiatus may actually kill us.

The Flash, just a week after revealing who Zoom really is and why he wants to destroy Barry (Grant Gustin), is on hiatus for the next few weeks with new episodes not set to return until the end of March. The move has us on the edge of our metaphorical seats waiting for new info on what’s to come.

Luckily for fans, we’ve got all the latest updates on spoilers for the rest of season two as well as an explanation (kind of) for yet another multi-week hiatus. Before we get into all of that, check out the latest promo for The Flash‘s next episode, titled “Flash Trajectory.”

At the end of last week’s episode, the masked menace who has trailed Barry and tormented Earth-Two Dr. Wells dropped the dead body of Jay Garrick (Teddy Sears) in his lair and pulled off his mask only to reveal he is Jay Garrick. Wait. What?

How is this possible? The Jay we’ve been getting to know all season has been wonderful. He’s nice. He’s sweet. He’s helped Caitlin (Danielle Panabaker) start living again. So, what’s the deal? Is this the same Jay? Or are we dealing with a doppelganger situation.

“I don’t think you can assume anything that Jay has said to the team or the audience is the full truth. It is a version of the truth,” The Flash showrunner Andrew Kreisberg told TVLine. “What’s funny is we showed that Jay’s doppelganger was Hunter Zolomon, and we assumed the comic book fans would say, ‘A-ha’ right away. ‘Jay must be Zoom.’ But I think that, like Barry and the team, they didn’t want to or just couldn’t believe it.”

Don’t worry though fans. It might not make sense right now, but Kreisberg promises that everything will make sense in the coming episodes and that includes the mystery of the man in the mask on Earth-2.

“The mystery of the Man in the Iron Mask will play out over the rest of the season with some clues being layered in along the way,” Kreisberg added. “When you do find out who it is, everything will make sense in a very satisfying way.”

While there’s plenty to speculate about when it comes to Zoom, there are a few other major spoilers floating out there as well.

Vixen (Megalyn Echikunwoke) made her live-action debut in last week’s Arrow and rumors are swirling that she might be heading to The Flash as well. After all, in the comics, Vixen and Vibe (Cisco’s metahuman alter ego) were both members of the Justic League Detroit. Sounds like a good starting point to us.

There is a possibility. There’s nothing in stone, but potentially anything’s possible. I think Vixen could go anywhere, which is one of the cool things about her character; she’s friends with everyone at school, you know? She’s in almost every group.

Lastly, there’s another speedster coming to The Flash. Trajectory.

The new female speedster will make her first appearance on the show in the next episode and, in the comics, her alter ego is Eliza Harmon, a want-to-be-hero who begged Lex Luthor to grant her superspeed. This time around though it appears that Harmon is a scientist in her own right and one that has Barry’s interest from the get-go.

The Flash returns to The CW on March 22.

Read More
CW, The Flash, TV
The Flash is keeping us on our toes. And dealing with cliffhangers. Read on to find when The CW hit returns and read up on the latest spoilers.