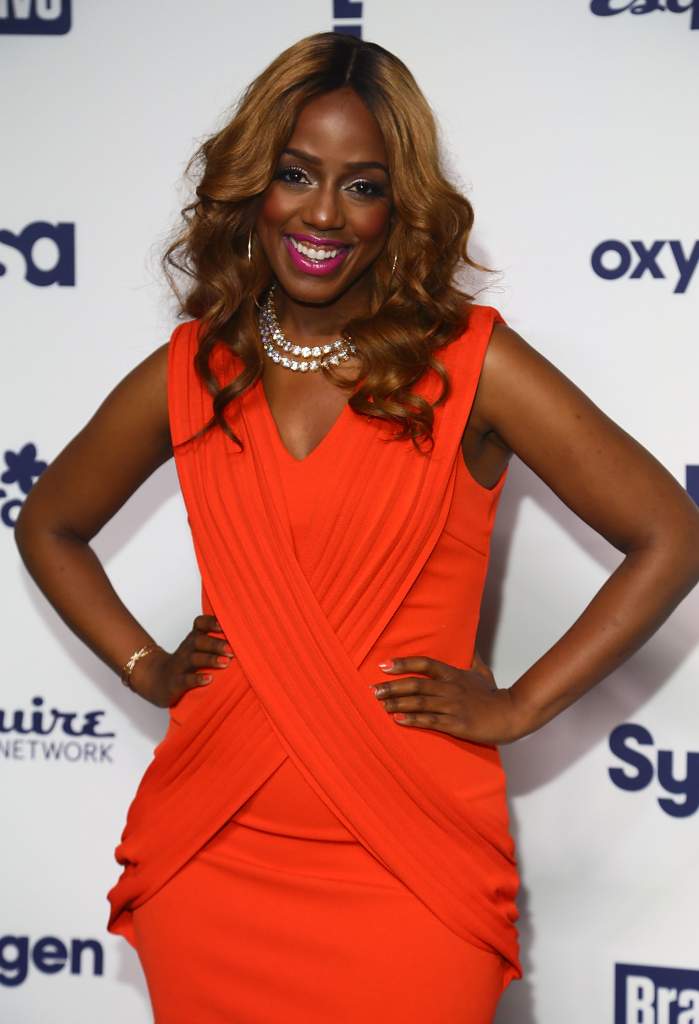 Daisy Lewellyn died of a rare cancer affecting her liver. She was only 36. (Getty)

Blood, Sweat and Heels star Daisy Lewellyn has died at age 36. She lost her battle with a rare liver cancer, according to E! News.

Lewellyn revealed her diagnosis in February 2015. She decided to keep the cameras rolling for the second season of her Bravo series, which featured her chemo therapy treatments and struggles with the illness.

1. Lewellyn Had a ‘Super Rare Type of Cancer’

Lewellyn had cancer in the bile ducts of her liver, which she described as a “super rare type of cancer” in an interview with Madame Noire. She had the tumor removed but went through with chemotherapy and radiation treatment after more cancerous cells were discovered. When doctors initially discovered the cancer, the reality star was already at stage three.

Leave it to me to get the exclusive, rare cancer. No one gets it, especially at my age with my health and my lifestyle. It’s kind of unheard of. I was diagnosed at 34. It was kind of shocking.

2. She Was Not Afraid to Die

Lewellyn made clear early on that she was not afraid to die, but she was determined to live as long as she could. She also knew she had to fight for her family and friends, she told Madame Noire.

I was like, “Well, if it’s my time to go, I’m okay with it.” But then I had to start thinking about other people in my life and it’s not that easy just to decide just like that. I realized that it was hard for my family and my friends. I’m not afraid to go to heaven, but I would like to stay on earth if I can. If it’s my time to go, then I can say that I had a great life.

Daisy had such wonderful infectious energy. We were all rooting for her. Another good one is gone.

Lewellyn’s fellow Bravo star Andy Cohen remembered her “wonderful infectious energy” and the network also sent their thoughts and sympathies to her family in a statement.

We are devastated to learn that Daisy Lewellyn from Bravo’s ‘Blood, Sweat & Heels’ has passed away this morning after a battle with a rare form of Cancer. Daisy passed on in peace and filled with joy, surrounded by her family and friends. We are all saddened to lose this wonderful woman. Our thoughts and deepest sympathy are expressed.

The Blood, Sweat and Heels cast remembered their fallen co-star on social media. Melyssa Ford, Chantelle Fraser and Arzo Anwar all shared photos and memories of Lewellyn on their Instagram accounts.

I literally dreamed of her last nite… perhaps it was as she was saying goodbye to all of us. The shock is wearing off and full blown grief is setting in. I cannot believe Daisy is gone. My heart breaks for her family. Her light and spirit will be sorely missed. ❤?

Lewellyn regularly appeared on shows like Today, Wendy Williams and Meredith Viera to give everyday women a total makeover to make them look and feel like a celebrity. She worked in the fashion industry for 15 years and offered tips and tricks for women to dress like a rich girl but on a normal, everyday budget.

She wasn’t just helping regular women look good everyday. Lewellyn recently help a young LA model, who she dubbed “the next Denzel” (and whose real name was Noah), look red carpet ready back in October.

Lewellyn spread her affordable fashion tips in magazines, on television and in her 2010 book, Never Pay Retail Again: Shop Smart, Spend Less, & Look Your Best Ever, which helped women maximize their personal style on any budget. She also contributed to publications such as In Style, Glamour and Essence.

Read More
Bravo, TV
Daisy Lewellyn was only 36 years old when she lost her battle with a rare liver cancer on April 8. Learn more about the Blood, Sweat and Tears star and the life she lived.