La’Porsha Renae is a strong woman who has overcome abuse and heartache in her life. Now she is a finalist on American Idol. Read on for the details and background on Renae’s “battles”, her ex-husband, her life as a single mother, and her role on Idol.

1. She Escaped Domestic Violence As a Divorced Mother

According to WDAM, When Renae got out of high school, she got married and moved to South Carolina with her husband because he was in the US Air Force. Unfortunately, Renae ended up in a domestic violence situation. She said there was a lot of abuse and several assaults, so after about a year, she moved away from her husband to California. He called and apologized and she ended up taking him back. The Air Force then called Renae and she told WDAM that:

They were charging him with the five counts of sexual battery and rape that he had committed through the marriage.

Unfortunately, Renae said her husband convinced her not to testify and then she had her baby Nayale. Her husband ended up choking her nearly to death, according to Renae, and that’s when she knew she had to get out.

2. Renae and Her Daughter Had Lived in a Shelter

In order to escape the abuse of her ex, Renae moved herself and baby daughter Nayale to a shelter in McComb. Renae explained to WDAM:

All I can do is look at my daughter and say ‘Wow! You almost lost me and was left with this monster’. I thought I was having strength by staying when in reality it took me strength to leave.

She then opened up about what she wants for her daughter, stating:

I just want her to be proud. And I wanted to provide the best life I could for her. I think we’re well on our way. I really do think that getting the golden ticket for American Idol it’s just the start of something really great.

3. Kelly Clarkson’s Performance On Idol This Season Had Renae In Tears

On American Idol this season, a pregnant Kelly Clarkson her new song “Piece By Piece,” which is a song about her father and her husband. It was an emotional performance and Clarkson broke down crying during her set, but she wasn’t the only one in tears. Judge Keith Urban, who had recently lost his father, was practically sobbing as he watched Clarkson sing. And, La’Porsha Renae was shown with tears streaming down her face. Watch the performance above.

4. She Doesn’t Feel She Is a Front-Runner On the Show

One chance left to give it all you've got. #IdolFinale

Last week on Idol, viewers were shocked to see La’Porsha Renae in the bottom two, but Renae says she doesn’t necessarily see herself as a front-runner. She told ABC News:

Trent is a great contender and I feel like Dalton is also really great, with the performance aspect…he’s got the charm and all of that. So I can’t really say if I feel like the front-runner. Growing up I always knew that I wanted to…reach people through my music.

Do you think Renae will make it to the top 2 or be eliminated? 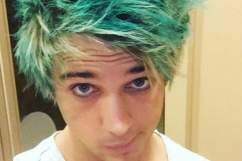 Every season, the final contestants on American Idol get their own single to take away from the show as their very first song. Renae’s song is titled “Battles.” The song is a truly beautiful choice for Renae with all she has been through in her life. Click here to buy “Battles” on Amazon.

For more information on Renae, check out her best photos in the below gallery.

Read More
American Idol, Reality TV, TV
La'Porsha Renae is a finalist on American Idol. Read on for the background on her abusive ex-husband, being a single mother, her performances and more.