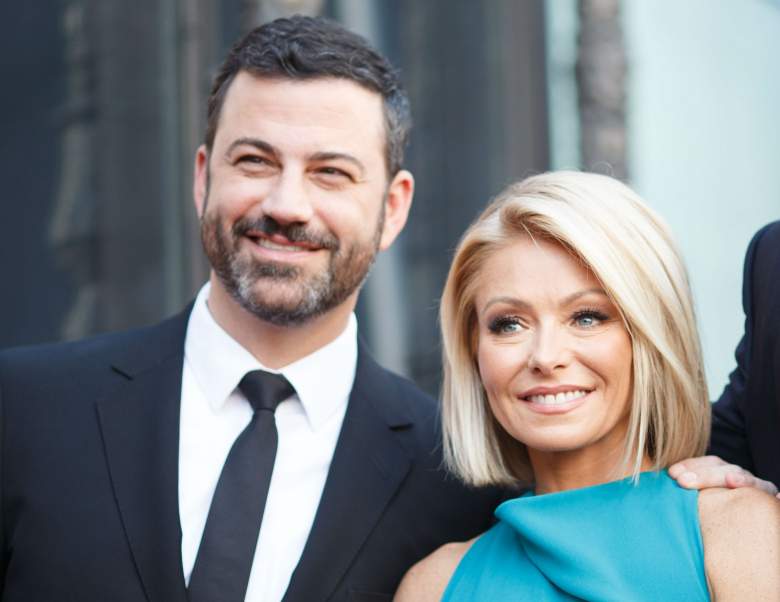 Live with Kelly and Michael will go back to Live with Kelly next week after Michael Strahan makes his final appearance on the morning show with Kelly Ripa on Friday. Her second search for a new co-host starts with Jimmy Kimmel, who will join her at the desk on Monday.

Ripa and her Live staff pushed up Strahan’s exit date to get a jump on finding a new co-host to debut this fall. Originally, the retired NFL player was scheduled to leave in September to join Good Morning America full-time.

Find out who else will co-host in the first week without Strahan.

Kimmel isn’t likely to replace Strahan, seeing as how he already hosts his own talk show, but he will serve as Ripa’s first guest host on Monday, May 16. The Jimmy Kimmel Live host will be in New York City for ABC’s annual upfront presentation where the network reveals its fall schedule to advertisers.

Ripa wanted to start the search early, so they could possibly find a permanent replacement for Strahan by the fall. Strahan will say farewell to Live on Friday, four months earlier than ABC originally planned. Ripa explained her reasoning for the scheduling change to People.

What we’ve explained to them is, ‘Well, if you had asked us, we would have told you, ‘Guys, we need to start looking, because we have summer hiatus, we have vacation time. We need to find people. If we’re going to have this list narrowed down at least to a manageable size by the fall, we need to start now’… Nobody consulted us initially.

After meeting with the producers of both Live! and Good Morning America, and after speaking with Kelly and Michael, we have decided on a plan that best advantages both shows for the future. To that end, Michael’s last day on Live will be on Friday, May 13, which not only gives the show the chance to have a nice send-off for him during the May book, but to also immediately begin the on-air search for a new co-host. This plan also allows GMA to start integrating Michael into the show more often this summer before his full-time start in September.

Jussie Smollett, Cedric the Entertainer and Andy Cohen Will Serve as Co-Hosts the Next Two Weeks

Following Kimmel, Ripa will welcome some new and returning guest co-hosts to join her on Live over the next two weeks. Taking a seat at the desk during week one will be Empire star Jussie Smollett, comedian Cedric the Entertainer, ABC World News Tonight anchor David Muir and Hawaii Five-0 star Daniel Dae Kim.

The next week, Ripa invites her good friend Andy Cohen to guest co-host two days — Thursday, May 26 and Friday, May 27 — after Fred Savage joins her for the first two days of the week and singer Seal handles the co-hosting duties on Wednesday. Smollett, Cedric the Entertainer and Seal will be co-hosting for the first time, although they have all made multiple appearances on the show.

Cohen was high on the list to replace Strahan, but he told Us Weekly that he’s too busy with his own talk show and other projects to join Ripa full-time. 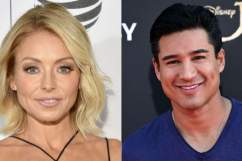 Will Anderson Cooper Eventually Win the Job? Ripa Says to ‘Stand By’

Ripa has made it no secret that her number one overall pick to replace Strahan is Anderson Cooper. The CNN anchor has served as a guest co-host nearly 40 times since 2005, but he recently told Andy Cohen on Watch What Happens Live that he has not received an official offer.

Cooper reiterated during his interview with Cohen that he’s “very happy at CNN,” but added that “it would be a dream to work with Kelly.” He previously hosted his own daytime show, Anderson Live, from 2011 to 2013. He also keeps busy as a contributor for CBS’s 60 Minutes.

Other names that have come up as permanent replacements for Strahan include Extra host Mario Lopez, actor Jerry O’Connell and singer Josh Groban. Ellen DeGeneres also grilled Alec Baldwin recently about taking the gig. He told DeGeneres that he’s always wanted to do a show where he could stay home in New York City, where Live also shoots.

Until they settle on one of these guys, Ripa and her staff are taking things day by day, she told People. 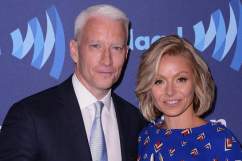