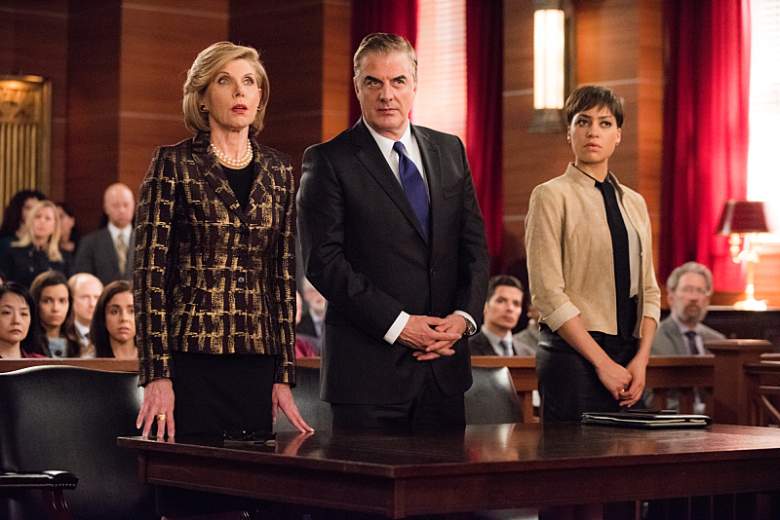 Baranski (left) and Jumbo (right) will reprise their Good Wife roles for the spinoff series to stream on CBS All Access.

The Good Wife will live on at CBS. The network announced on Wednesday it has picked up a spinoff for its online streaming service, CBS All Access. The new series will star Christine Baranski, a series regular since the beginning of original series, and Cush Jumbo, who joined The Good Wife in its last season, and pick up a year after the events in the May 8 finale.

Robert and Michelle King, the creators of The Good Wife, will write the first episode, but won’t take on the showrunner responsibilities. The spinoff is the second series ordered by CBS All Access following its pickup of the new Star Trek series set to premiere in early 2017.

CBS Television Studios President David Stapf said in his announcement for the spinoff:

The quality of The Good Wife has always rivaled anything on television and we’re excited to tell more stories with some of the brilliant characters Robert and Michelle King created.

Here’s what you need to know about The Good Wife spinoff.

1. Christine Baranski and Cush Jumbo Will Reprise Their Roles

Diane Lockhart (Baranski) closed out The Good Wife series finale by delivering a mighty slap across the cheek of Alicia Florrick (Julianna Margulies). The slap echoed the slap Alicia had landed on her husband Peter Florrick in the pilot episode after announcing his resignation to the press.

Diane’s slap came after Alicia had Lucca Quinn (Cush Jumbo), who was part of her husband’s defense team with Diane, call Diane’s husband, Kurt McVeigh (Gary Cole), to the stand. Lucca was to question Kurt about having an extra-marital affair, but before he could answer, his wife walked out of the courtroom. It’s unknown how he answered.

As the show was coming to a close, Baranski couldn’t comment on any spinoff news, but she told The Hollywood Reporter that she hoped to work with the Kings again.

I really and truly hope to be involved in whatever they’re doing in the future just because it’s been such a privilege to work with them. I always thought they understood me as an actress and they wrote beautifully for actors and they wrote women very well. So, of course I would hope to cross paths with them again.

2. The Kings Will Only Write the First Episode 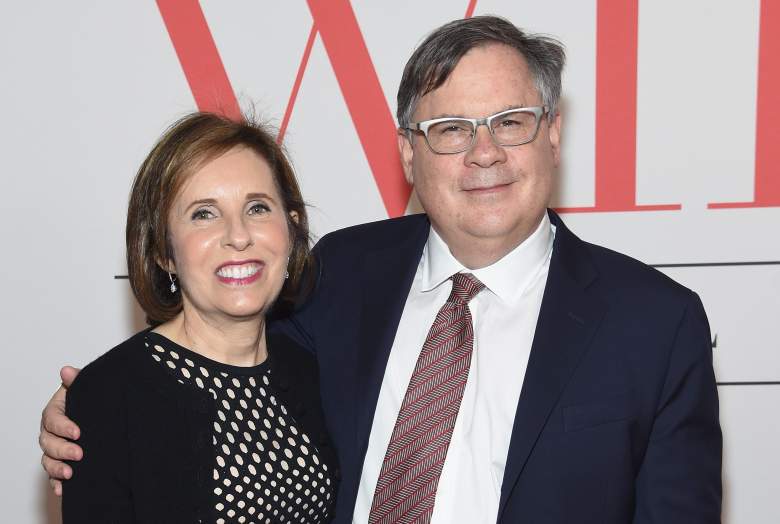 The Good Wife creators will serve as executive producers on the spinoff and write the first episode. (Getty)

The Good Wife creators Robert and Michelle King will write the first episode of the spinoff series, but will return as showrunners. The husband-and-wife team led the original series for all seven seasons and when CBS canceled the show in February, it gave them the opportunity to end the story of Alicia Florrick the way they wanted.

The Kings had announced in January that they were leaving the show after season seven. CBS announced the show was ending a month later during Super Bowl 50. The creators had no intention of killing Alicia in the finale had CBS decided to renew the series for an eighth season. Robert King told TVLine in January:

The bottom line is CBS is trying to make deals for an eighth season, so we would be there in a supervisory role, but the storytelling we have will finish in the seventh year. That doesn’t mean we’re putting Alicia in her grave, because you couldn’t do an eighth season after that. But to our minds, we have always written with the idea we could end this season a certain way so that it would make it a satisfactory [conclusion to the] series.

3. The Spinoff Could Bring Back Popular Recurring Characters

Over the final four episodes of The Good Wife, the Kings tried to bring back as many favorite guest stars as they could, but actors’ schedules and contracts with other networks made things difficult. They were able to nab Michael J. Fox, who played Alicia’s adversary, Louis Canning; Stockard Channing and Dallas Roberts as Alicia’s mother and brother; Mary Beth Peil, playing Peter’s mother; Sarah Steele as Eli’s daughter; and the NSA boys, played by Michael Urie, Tobias Segal and Zach Woods.

Carrie Preston, who played the quirky lawyer, Elsbeth Tascioni, could only appear in one episode earlier in the last season due to her contract with NBC where she was starring in the comedy Crowded. The Kings also wanted Martha Plimpton, who currently stars on ABC’s The Real O’Neals, and Jess Weixler, who starred on the show as the investigator Robyn Burdine, but couldn’t work out their schedules.

Before a spinoff was confirmed, Robert King named Preston, Plimpton and Gary Cole as favorites they would invite back. He told Deadline:

We love these characters, and if anyone made a deal with us today, we would be bringing every single one back. Elsbeth Tascioni (Preston), Patti Nyholm (Plimpton), Kurt McVeigh (Cole), they are so much fun, we would do it in a heartbeat.

4. Julianna Margulies Has Not Commented on the Spinoff

The star of The Good Wife, Julianna Margulies, has not commented on the spinoff. Over the final episodes of the original series, her character Alicia was considering Diane’s offer to partner for an all-female law firm. Those plans fell apart after Alicia’s stunt in court with Diane’s husband and the final slap.

Margulies also announced back in January that would not continue with The Good Wife once the Kings had departed. She made the startling comment during her speech honoring the Kings at the Casting Society of America’s third annual Artois Awards (via Vulture).

I surprised Robert and Michelle tonight. They didn’t know I was going to be here. They think I’m here for them, but I’m unemployed come April, and I think you haven’t seen me in a while, at least not in person, so I thought I should show up.

5. ‘The Good Wife’ Spinoff Will Join ‘Star Trek’ on CBS All Access

CBS launched CBS All Access, its digital subscription Video on Demand and live streaming service, in October 2014. Last November, it announced its first series for the platform, a new Star Trek TV series set to premiere in January 2017. Hannibal creator will serve as the showrunner backed up by executive producer Alex Kurtzman, who co-wrote the two recent Star Trek feature films.

CBS All Access is a subscription-based service for $5.99 per month. Subscribers have access to thousands of episodes from CBS’s current and past seasons on demand including previous Star Trek series.

The Good Wife spinoff will launch in spring 2017. The Kings are credited as co-creators and executive producers alongside Phil Alden Robinson, Ridley Scott, David Zucker and Brooke Kennedy.

Our original programming strategy for CBS All Access is data-driven and focused on exclusive, premium content that will continue to expand the value of our service to subscribers. The Good Wife is consistently one of our most-watched series across digital platforms, and this new series, with the incredible storytellers and marquee talent that have signed on, is a perfect addition to CBS All Access’s premium original programming slate.