Alice makes her return to Wonderland in Through the Looking Glass. (Disney)

This Memorial Day weekend, once you’ve had your fill of fun in the sun, why not enjoy a few hours of entertainment and air conditioning at the movies? These next few days are among the year’s most profitable for theaters, and it’s easy to see why, as film studios often strategically unveil their biggest pictures on or around the summer holiday. In the past, films like Pirates of the Caribbean: At World’s End and Fast & Furious 6 opened for Memorial Day and went on to become massive hits.

So what’s new this year? For 2016, we have several major films making their debut, though if none of them quite excite you, there are still plenty of older releases hanging around in theaters that you may have missed. From a Disney 3D fantasy adventure to Marvel’s brand new superhero action epic, here’s what to expect at the cinema this Memorial Day.

1. ‘Alice Through the Looking Glass’

Walt Disney Pictures’ latest is this star-studded followup to their 2010 hit, Alice in Wonderland. Although the studio has admittedly produced plenty of unnecessary sequels like Cinderella 2 and The Little Mermaid 2, that’s not exactly the case here. Six years after he published Alice in Wonderland, author Lewis Carroll released a sequel, Through the Looking-Glass, and What Alice Found There. Now, six years after adapting the original novel, Disney returns to adapt the second installment (although this is a fairly loose adaptation).

You may recall that at the conclusion of Alice in Wonderland (2010), Alice (Mia Wasikowska) prepared to embark on adventures aboard a trading ship, and we pick up three years later in Alice Through the Looking Glass, as Alice is a sea captain in the late 1800s. After arriving home to London and finding a magical looking glass, she returns to Wonderland to discover something is seriously wrong with the Mad Hatter (Johnny Depp). In an attempt to help him, Alice uses a time-travel device in order to return to the past and make things right again.

Tim Burton, director of the first film, did not return to direct Through the Looking Glass. Rather, this one comes from James Bobin (The Muppets), although the screenwriter of the 2010 movie also wrote this one. Reactions among critics have been mostly negative thus far, as was the case with Burton’s version. The New York Daily News calls Through the Looking Glass “hugely expensive and extravagantly stupid,” while Variety says that it shows a “lack of narrative imagination.” A few critics are more positive, though, and The List calls it “far better than its predecessor” and “a real treat.”

It sounds like there are at least some enjoyable visual sights in store for fans of Alice, and if nothing else, the movie may be worth seeing for fans of Alan Rickman; the actor’s role as Absolem the Caterpillar is his final performance. 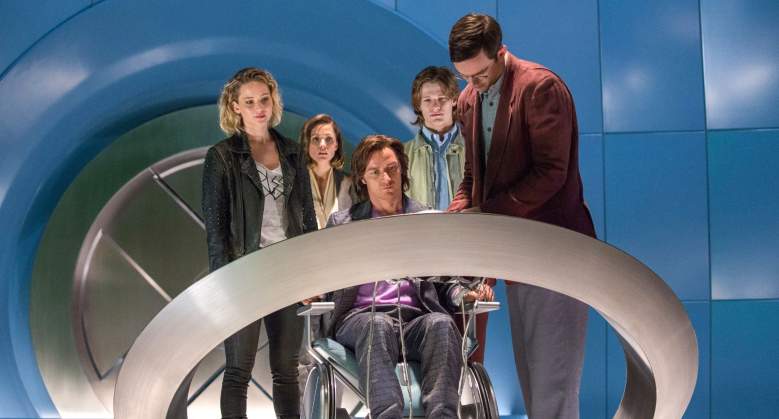 The third chapter in the X-Men prequel series and the ninth X-Men overall, Apocalypse is the followup to 2014’s extremely successful Days of Future Past, and it’s once again brought to you by the king of the X-Men saga. Bryan Singer returns in the director’s chair for Apocalypse after previously helming X-Men, X2, X-Men: First Class and X-Men: Days of Future Past. He has essentially been responsible for every good X-Men movie that has ever been made.

The last film combined the past timeline with the present timeline, the latter of which made room for Patrick Stewart and Ian McKellen, but don’t expect to see those guys again. Apocalypse takes place entirely in the past, although jumping ahead 10 years into the 1980s. This time, the X-Men must deal with the emergence of a new threat: Apocalypse, an ancient being who has lived for thousands of years and is supposedly the world’s first mutant. Having grown disillusioned with humanity, he recruits a team to help him destroy mankind and rebuild society from the ground up. Professor X (James McAvoy) and Raven (Jennifer Lawrence) must lead X-Men old and new to save the Earth from yet another threat and to stop Magneto (Michael Fassbender) for the millionth time. Newcomers to the franchise include Sophie Turner, Oscar Isaac and Olivia Munn.

Although reactions to Days of Future Past were overwhelmingly positive, critics are mixed on Apocalypse. US Magazine says the dialogue is clunky and “the battle sequences fail to make an impact,” and Gizmodo calls it the “biggest and emptiest X-Men movie yet.” A slightly more positive take in Film School Rejects says, “It’s more of the same, but ‘more of the same’ isn’t a criticism when the same is entertaining and somewhat emotionally satisfying.” The majority of critics are in agreement, though, that this one is mainly for hardcore X-Men fans and will not necessarily appeal to casual viewers who are not familiar with the series’ rich, increasingly complicated lore. 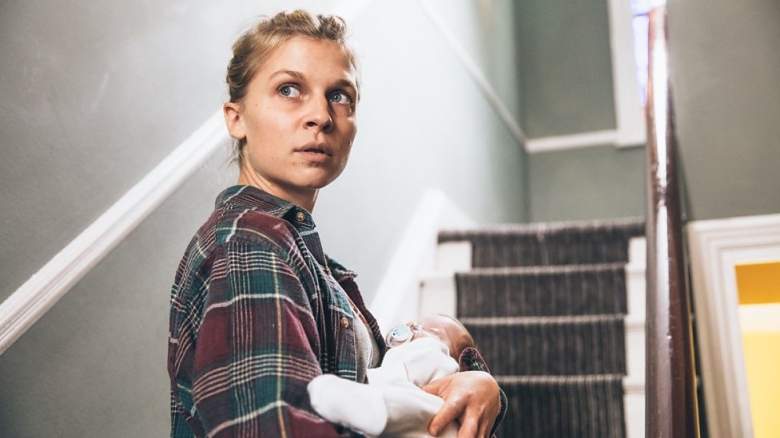 Kate (Clémence Poésy) grows paranoid of her new neighbors in The Ones Below. (BBC Films)

For those interested in straying from the big Hollywood blockbusters, The Ones Below may be a perfect fit. This new mystery-thriller is opening in limited release today, so don’t expect to see it at large cineplexes, but your local arthouse theater may very well be showing it just in time for the holiday.

The directorial debut of screenwriter David Farr (Hanna), The Ones Below follows a married couple, Justin (Stephen Campbell Moore) and Kate (Clémence Poésy), living in London and expecting a child. A new couple, Teresa (Laura Birn) and Jon (David Morrissey), moves into the long unattended flat below them, and Teresa happens to be pregnant as well. Because of this shared experience, the neighbors initially form a bond, but a sudden turn of events makes Justin and Kate suspect that these people may have sinister intentions.

The British thriller premiered at the Berlin International Film Festival and was released in March in the United Kingdom. It’s finally making its way to the United States via Magnolia Pictures, and the movie has received mostly positive reviews from critics, with Time Out praising it as “creepy and ambiguous with a winning line in everyday horror” and with many reviews comparing it to Rosemary’s Baby. If you’re lucky enough to live near a theater that’s carrying it, The Ones Below may provide exactly the kind of cinematic chills perfect for a humid Memorial Day weekend. 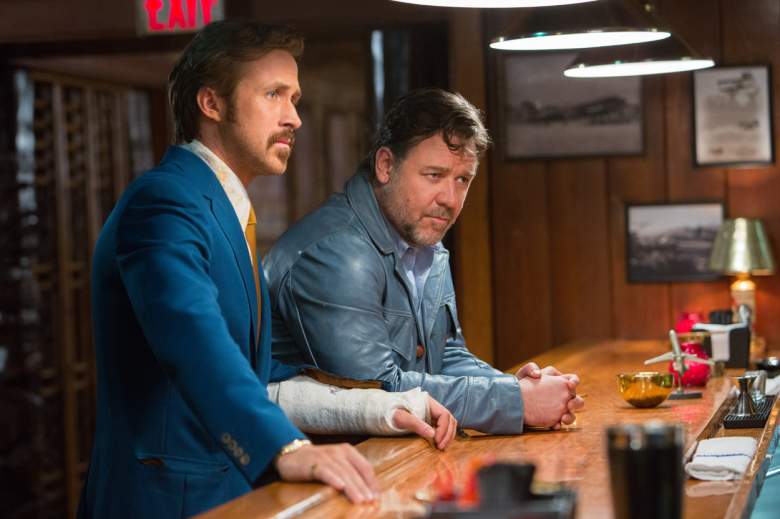 If none of the new releases look appealing, don’t worry: there are still lots of great films still in theaters that you may have missed. The new Ryan Gosling and Russell Crowe action-comedy The Nice Guys is entering its second week, and the film has been doing quite well with both critics and fans. Following two private detectives who team up to find a missing girl, Shane Black’s latest is fast-paced, funny, and surprisingly brutal, although it’s definitely not family friendly.

Another R-rated comedy worth a look is Neighbors 2: Sorority Rising. While the original film pitted a married couple (Seth Rogen and Rose Byrne) against a fraternity, in this sequel, the couple’s new sorority neighbors are even more disruptive than the last. The Radner family teams up with their former enemy, Teddy (Zac Efron), to take these girls down. While not quite as memorable as the first, Neighbors 2 is much more successful than the typical comedy sequel, and it features a surprisingly profound feminist message mixed in with all the gross-out gags.

Looking for something the kids can enjoy? Assuming they’ve already seen The Jungle Book and Captain America: Civil War, there’s always The Angry Birds Movie. Based on the popular video game, this animated comedy from Columbia Pictures follows the inhabitants of Bird Island, whose lives are disrupted by a new group of pigs. While critics haven’t been enthusiastic about it, and most adults probably won’t be keeling over with laughter, children who are obsessed with the app will likely have a good time.