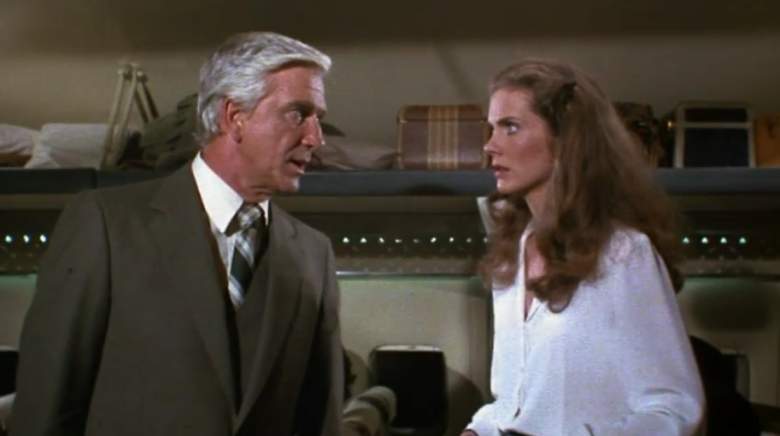 Looking for a solid comedy to throw on after a long day of work? Any subscribers to Netflix, Hulu or Amazon have likely had the experience of desperately searching through the catalog looking for something before simply giving up, having spent as much time seeking a movie as you would have spent watching one.

That’s in part because the comedy genre, like horror, is rather inconsistent, and so these streaming libraries are packed with Epic Movie-style films that make you cringe just from the cheap-looking posters. After sorting through dozens of films you’ve already seen and dozens more that nobody should ever see, you may just give up your search in frustration.

That’s why we’ve assembled this list of some of the best of the best so you can stop aimlessly scrolling and finally discover what you’ve been looking for. As of June 2016, here are the funniest comedies streaming on Netflix, Hulu and Amazon.

Super (2010) – After his wife falls under the influence of a drug dealer, an everyday guy transforms himself into Crimson Bolt, a superhero with the best intentions, but lacking in heroic skills.
Zoolander (2001) – At the end of his career, a clueless fashion model is brainwashed to kill the Prime Minister of Malaysia.
Talladega Nights: The Ballad of Ricky Bobby (2006) – #1 NASCAR driver Ricky Bobby stays atop the heap thanks to a pact with his best friend and teammate, Cal Naughton, Jr. But when a French Formula One driver, makes his way up the ladder, Ricky Bobby’s talent and devotion are put to the test.
The Princess Bride (1987) – While home sick in bed, a young boy’s grandfather reads him a story called The Princess Bride.
Who Framed Roger Rabbit (1988) – A toon-hating detective is a cartoon rabbit’s only hope to prove his innocence when he is accused of murder.
South Park: Bigger, Longer and Uncut (1999) – When the four boys see an R-rated movie featuring Canadians Terrance & Phillip, they are pronounced “corrupted”, and their parents pressure the United States to wage war against Canada.
Team America: World Police (2004) – Popular Broadway actor Gary Johnston is recruited by the elite counter-terrorism organization Team America: World Police. As the world begins to crumble around him, he must battle with terrorists, celebrities and falling in love.
Galaxy Quest (1999) – The alumni cast of a space opera television series have to play their roles as the real thing when an alien race needs their help.
Hot Fuzz (2007) – Exceptional London cop Nicholas Angel is involuntarily transferred to a quaint English village and paired with a witless new partner. While on the beat, Nicholas suspects a sinister conspiracy is afoot with the residents.
Clerks (1994) – A day in the lives of two convenience clerks named Dante and Randal as they annoy customers, discuss movies, and play hockey on the store roof.
Sixteen Candles (1984) – A girl’s “sweet” sixteenth birthday becomes anything but special as she suffers from every embarrassment possible.
Adventureland (2009) – In the summer of 1987, a college graduate takes a ‘nowhere’ job at his local amusement park, only to find it’s the perfect course to get him prepared for the real world.
Moonrise Kingdom (2012) – A pair of young lovers flee their New England town, which causes a local search party to fan out to find them.
Kingpin (1996) – A star bowler whose career was prematurely “cut off” hopes to ride a new prodigy to success and riches.
The Emperor’s New Groove (2000) – Emperor Kuzco is turned into a llama by his ex-administrator Yzma, and must now regain his throne with the help of Pacha, the gentle llama herder.
The Addams Family (1991) – Con artists plan to fleece the eccentric family using an accomplice who claims to be their long lost Uncle Fester.
Pee Wee’s Big Adventure (1985) – When eccentric man-child Pee-Wee Herman gets his beloved bike stolen in broad daylight, he sets out across the U.S. on the adventure of his life.
Chasing Amy (1997) – Holden and Banky are comic book artists. Everything’s going good for them until they meet Alyssa, also a comic book artist. Holden falls for her, but his hopes are crushed when he finds out she’s gay.
Clueless (1995) – A rich high school student tries to boost a new pupil’s popularity, but reckons without affairs of the heart getting in the way.
Look Who’s Back (2015) – Adolf Hitler wakes up in the 21st century. He quickly gains media attention , but whereas Germany finds him hilarious and charming, Hitler makes some serious observations about society.
Without a Paddle (2004) – After their friend dies, three men decide to fulfill their childhood dream by going on a camping expedition for the lost D. B. Cooper bounty, with calamitous results.
Meet the Parents (2000) – Male nurse Greg Focker meets his girlfriend’s parents before proposing, but her suspicious father is every date’s worst nightmare.
Meet the Fockers (2004) – All hell breaks loose when the Byrnes family meets the Focker family for the first time.
50 First Dates (2004) – Henry Roth is a man afraid of commitment up until he meets the beautiful Lucy. They hit it off and Henry think he’s finally found the girl of his dreams, until he discovers she has short-term memory loss and forgets him the very next day.
Almost Famous (2000) – A high-school boy is given the chance to write a story for Rolling Stone Magazine about an up-and-coming rock band as he accompanies it on their concert tour.
The Interview (2014) – Dave Skylark and his producer Aaron Rapoport run the celebrity tabloid show “Skylark Tonight”. When they land an interview with a surprise fan, North Korean dictator Kim Jong-un, they are recruited by the CIA to turn their trip to Pyongyang into an assassination mission.
Goon (2011) – Labeled an outcast by his brainy family, a bouncer overcomes long odds to lead a team of under performing misfits to semi-pro hockey glory, beating the crap out of everything that stands in his way.
Legally Blonde (2001) – When a blonde sorority queen is dumped by her boyfriend, she decides to follow him to law school to get him back and, once there, learns she has more legal savvy than she ever imagined.
Casa de mi Padre (2012) – Scheming on a way to save their father’s ranch, the Alvarez brothers find themselves in a war with Mexico’s most feared drug lord.
In the Loop (2009) – A political satire about a group of skeptical American and British operatives attempting to prevent a war between two countries.

Airplane (1980) – A man afraid to fly must ensure that a plane lands safely after the pilots become sick.
The Naked Gun (1988) – Incompetent cop Frank Drebin has to foil an attempt to assassinate Queen Elizabeth II
Midnight in Paris (2011) – While on a trip to Paris with his fiancée’s family, a nostalgic screenwriter finds himself mysteriously going back to the 1920s everyday at midnight.
They Came Together (2014) – The owner of an independent candy shop and the corporate stooge who has been sent to shut her down begin an unlikely romance.
Trading Places (1983) – A snobbish investor and a wily street con artist find their positions reversed as part of a bet by two callous millionaires.
Ferris Bueller’s Day Off (1986) – A high school wise guy is determined to have a day off from school, despite what the principal thinks of that.
Top Five (2014) – A comedian tries to make it as a serious actor when his reality-TV star fiancée talks him into broadcasting their wedding on her TV show.
Jerry Maguire (1996) – When a sports agent has a moral epiphany and is fired for expressing it, he decides to put his new philosophy to the test as an independent with the only athlete who stays with him.
Planes, Trains and Automobiles (1987) – A man must struggle to travel home for Thanksgiving with an obnoxious slob of a shower curtain ring salesman as his only companion.
Wayne’s World (1992) – Two slacker friends try to promote their public-access cable show.
The Skeleton Twins (2014) – Having both coincidentally cheated death on the same day, estranged twins reunite with the possibility of mending their relationship.
The SpongeBob Movie: Sponge Out of Water (2015) – When a diabolical pirate above the sea steals the secret Krabby Patty formula, SpongeBob and his nemesis Plankton must team up in order to get it back.
Tucker and Dale vs. Evil (2010) – Tucker and Dale are on vacation at their dilapidated mountain cabin when they are attacked by a group of preppy college kids.
Election (1999) – A high school teacher’s personal life becomes complicated as he works with students during the school elections, particularly with an obsessive overachiever determined to become student body president.
Mystery Team (2009) – A group of former Encyclopedia Brown-style child-detectives struggle to solve an adult mystery.
Everything Must Go (2010) – When an alcoholic relapses, causing him to lose his wife and his job, he holds a yard sale on his front lawn in an attempt to start over. A new neighbor might be the key to his return to form.

The Big Lebowski (1998) – “The Dude” Lebowski, mistaken for a millionaire Lebowski, seeks restitution for his ruined rug and enlists his bowling buddies to help get it.
The Kings of Summer (2013) – Three teenage friends, in the ultimate act of independence, decide to spend their summer building a house in the woods and living off the land.
Seven Psychopaths (2012) – A struggling screenwriter inadvertently becomes entangled in the Los Angeles criminal underworld after his oddball friends kidnap a gangster’s beloved Shih Tzu.
While We’re Young (2014) – A middle-aged couple’s career and marriage are overturned when a disarming young couple enters their lives.
Men, Women & Children (2014) – A group of high school teenagers and their parents attempt to navigate the many ways the Internet has changed their relationships, their communication, their self-image, and their love lives.
Gremlins (1984) – A boy inadvertently breaks three important rules concerning his new pet and unleashes a horde of malevolently mischievous monsters on a small town.
A League Of Their Own (1992) – Two sisters join the first female professional baseball league and struggle to help it succeed amidst their own growing rivalry.
Bedazzled (2000) – Hopeless dweeb Elliot Richards is granted 7 wishes by the devil to snare Allison, the girl of his dreams, in exchange for his soul.
Obvious Child (2014) – A twenty-something comedienne’s unplanned pregnancy forces her to confront the realities of independent womanhood for the first time.
Risky Business (1983) – A Chicago teenager is looking for fun at home while his parents are away, but the situation quickly gets out of hand.
Top Secret! (1984) – Parody of WWII spy movies in which an American rock and roll singer becomes involved in a Resistance plot to rescue a scientist imprisoned in East Germany.
Life After Beth (2014) – A young man’s recently deceased girlfriend mysteriously returns from the dead, but he slowly realizes she is not the way he remembered her.
When Harry Met Sally (1989) – Harry and Sally have known each other for years, and are very good friends, but they fear sex would ruin the friendship.