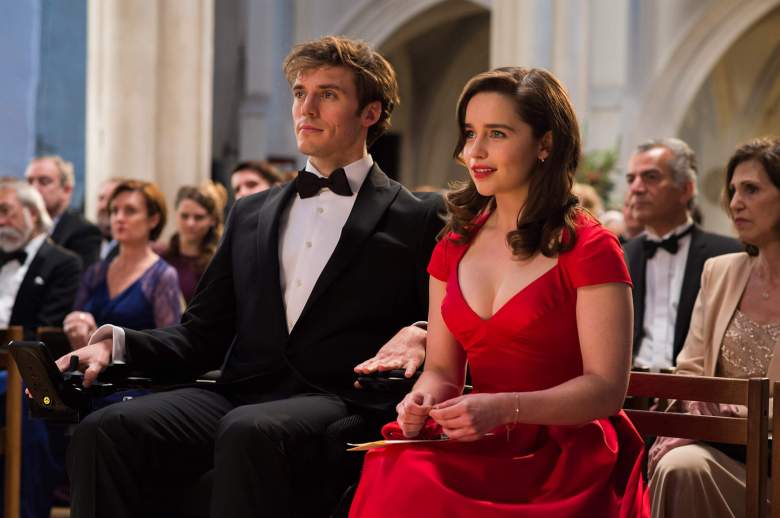 Emilia Clarke and Sam Claflin make for an unlikely couple in ‘Me Before You.’ (Warner Bros. Pictures)

The 2016 summer movie season rolls on with three more big films hitting theaters this weekend. After a relatively light Memorial Day holiday at the cinema, during which X-Men: Apocalypse did quite well but Alice Through the Looking Glass bombed, this week’s releases are arguably even more significant than those released over the three-day weekend.

In addition to what remains in theaters from previous weeks, our latest releases include a kid-friendly cartoon adaption, an R-rated comedy packed with Saturday Night Live cast members, and a tearjerker romance based on a best-selling novel.

Here’s everything worth checking out at the movies this weekend.

1. ‘Teenage Mutant Ninja Turtles: Out of the Shadows’

The heroes in a half shell are back in the sequel to the 2014 Michael Bay reboot of Teenage Mutant Ninja Turtles. This one is a big deal for fans of the franchise because it features the first live-action depiction of many of the classic Turtles characters including Bebop, Rocksteady and Krang. In the second outing, Shredder (Brian Tee) escapes custody and joins up with Baxter Stockman (Tyler Perry), Bebop (Gary Anthony Williams) and Rocksteady (Stephen “Sheamus” Farrelly) in order to carry out some sort of dastardly plan to take over the world. Meanwhile, Krang (Brad Garrett) has sinister intentions of his very own.

Also new to this sequel is Arrow‘s Stephen Amell as Casey Jones, the hockey-mask-wearing vigilante who has appeared in essentially every version of Teenage Mutant Ninja Turtles to date. Returning from the first movie are Megan Fox, Will Arnett, Alan Ritchson, Noel Fisher, Pete Ploszek and Jeremy Howard.

The previous film was not very well received by critics, and this sequel is getting a similarly negative reception. The Guardian writes, “Longer, louder and boasting even more hardware, it does everything to generate the illusion of bleeding-edge bang-per-buck, while cribbing shamelessly from 1991’s Secret of the Ooze.” Comic Book Resources offers a slightly more positive take, saying that the movie is certainly better than its predecessor, offering more laughs and more fun than that film while still having major missteps. Kids will certainly have a good time, it seems, while adults who grew up on the cartoon may find themselves disappointed to see this franchise going the Transformers route.

Universal’s new comedy Popstar: Never Stop Never Stopping is essentially The Lonely Island: The Movie, and it appears that those who were entertained by that group’s digital shorts on Saturday Night Live will find a lot to enjoy here. In the same vein as This is Spinal Tap, Popstar is a mockumentary that takes audiences behind the scenes of a fictional singer/rapper known as Conner4Real, played by Andy Samberg. When his solo album is a flop, Conner must do absolutely everything he can to maintain his status as celebrity.

Reviews for Popstar have been mostly positive, with The Village Voice writing, “The stupidly funny builds upon the groaningly funny only to be trumped/remixed/meme-ified until it’s sublimely funny.” Many reviews note that the film does overstay its welcome a bit, as like many Saturday Night Live movies, it’s essentially one joke stretched out for 90 minutes. But in this case, at least it’s a pretty funny joke, and so for fans of The Lonely Island‘s humor, Popstar should be worth a watch.

Based on the bestselling novel by Jojo Moyes, Me Before You is the latest big-screen feature starring Emilia Clarke, which will hopefully be more successful than some of the actresses recent productions. Though Clarke dazzles each week as Daenerys Targaryen on Game of Thrones, her transition from small screen to big screen has not quite gone according to plan. Clarke’s Terminator Genisys was meant to establish her as an action hero capable of leading a big-budget blockbuster, but the movie bombed in the United States and Clarke later announced she would be leaving the Terminator franchise altogether.

In Me Before You, Clarke plays Louisa Clark, a young girl who is hired to take care of a paraplegic man named Will (Sam Claflin). Though they start off on the wrong foot with a strong dislike for one another, they slowly form an unlikely bond, and a romance begins to emerge. Also starring are Charles Dance, Brendan Coyle, Jenna Coleman, Janet McTeer and Matthew Lewis.

Reactions to Me Before You have been on the positive side, with The New York Daily News writing that “the film belongs to Clarke. Her warm and winning star turn lifts this checklist chick flick.” Entertainment Weekly gives the movie a B+, explaining, “It may not quite rise to the level of a classic three-hankie tearjerker, but it’s proof that sometimes one or two hankies is more than enough to get the job done.” Some reviews are less favorable, focusing on the fact that the film is quite predictable and by-the-numbers. If you’re up for a schmaltzy, somewhat rote romance, though, Me Before You might just hit the spot.