Tom Oar may be 70 years old, but that hasn’t kept him and his wife, Nancy, from living off the grid. The couple has settled in a remote area of Montana’s Yaak Valley, and live solely off the land, using what nature provides them and their two hands to make a living. Today, Tom and Nancy star in the History’s Channel reality series, Mountain Men, which showcases the lifestyle of those who have decided to live as “true American originals.”

Read on to learn more about Tom and Nancy Oar.

1. They Were Discovered Through a Film Company Representative

The History Channel first got wind of the Oars through a film productive rep who knew a friend of theirs. RRStar.com writes, “Their friend, who operates Linehan Outfitting Co. based in Troy, Mont., guides hunters and fishermen and owns cabins near where the Oars live.”

Tom and Nancy are both from northern Illinois. Over the years, they had a couple friends move to Troy, Montana, and when Tom had to travel for his rodeoing, he would stay with these friends. Neither he nor his wife could deny their wanderlust, and they eventually decided to move out to the remote woods of Big Sky Country.

Tom told American Cowboy, “There came a point in our life where we figured the majority of rodeoing was over, and we wanted to move to Montana and build a log house. So we bought a chainsaw in Illinois to build a house with when we got here.” The couple have lived in their hand-built home for over 34 years. 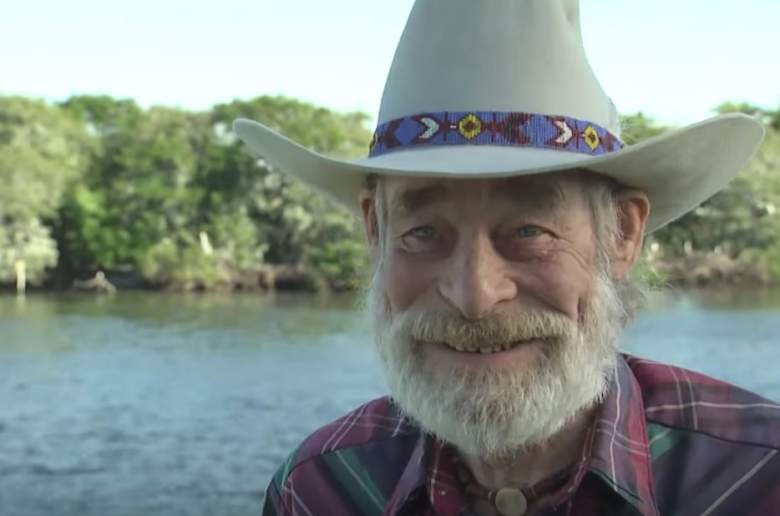 Tom was a former rodeo trick rider, and rode broncs for 25 years. (Youtube/HistoryChannel)

Along with being a skilled mountain man, Tom has an impressive history as a rodeo rider. His father, Chike, worked for a Wild West show in Illinois when Tom was a boy, which sparked his interest in the craft. He told IPRA,

We traveled all over the mid-west from Michigan to Missouri. I trick rode until I was 15 and my dad and brother quit the show. But I stayed with it, I had known since I was 3-years-old that I wanted to be a bull rider. When I was about 10, Gerry Partlow, the owner of the rodeo company we worked for, started running a steer in the chutes for me to ride and that’s how I became a rodeo cowboy.

The highlight of his career was making the International Finals Rodeo eight times. While Tom was off breaking in and training horses as a boy, Nancy worked packing boxes for North American Van Lines.

Tom goes into detail about strategies for sneaking up on elusive elks while hunting with his brother. #MountainMen http://t.co/Ft82W6oxZL

When discussing his craft with American Cowboy, Tom says that he pretty much does what the Indians did over 200 years ago. He braintans buckskin, which is “tanned with animal brain and it’s almost like cloth rather than leather.” The moccasins are lightweight, and allow your feet to breathe so they don’t get sweaty. Almost all of Tom and Nancy’s products are sold at rendezvous, which are get-togethers that mirror 1840s fur trades.

4. They Lived Without Electricity and Running Water for Over 17 Years

Tom and Nancy lived without electricity or running water for their first 17 years in the west, and today, they live 50 miles from the nearest grocery store. Tom typically spends his days tanning deer hides, while Nancy spends hers killing chickens for dinner.

Tom was 35, and Nancy 30 when the two decided to move to a remote area of Northwest Montana. It’s true, they didn’t live with electricity or running water for their first 17 years in the West, but to that, Nancy shrugs and says, “At least I had a well.”

When asked how being the star of a network reality show has changed his life, Tom says,

The show hasn’t changed me so far to any great degree. I do get more orders than I ever have before. I could never keep up with all the business we’ve got in the past year. When we make a jacket or a buckskin pair of pants, it’s all hand-sewn. We don’t use a sewing machine.

At each rendezvous, the couple makes up to $4,000 by selling their tanned hides.