JoJo Fletcher becomes torn when she falls in love with more than one man on the finale of The Bachelorette this season. Unfortunately, she has to let one of the guys go and he apparently did her wrong in some way. Watch the heartbreaking clip from the finale above.

IF YOU DO NOT WANT TO KNOW THE WINNER, STOP READING NOW. OTHERWISE, CONTINUE READING BELOW.

Okay, let’s get down to the juice. According to Reality Steve, the remaining three men are Robby Hayes, Jordan Rodgers and Chase McNary. It gets down to Robby and Jordan, but JoJo reportedly picks Jordan.

According to many reports, multiple ones made by Reality Steve, both Robby and Jordan have shady backgrounds. Both men are reported to have been in relationships when they started filming the show. In addition, Jordan has been accused of being on the show just for the fame. Even his father gave a video interview about his son being on the show, saying that he’s never had problems with the ladies and that the show would definitely help his career.

For more spoilers on each of the guys, click through their photos below.

Check out more Bachelorette news below. 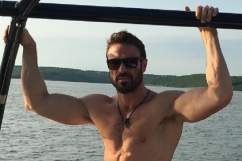 Chad Johnson, ‘The Bachelorette’ 2016: 5 Fast Facts You Need to Know

Read More
Reality TV, The Bachelorette, TV
Who is the winner of The Bachelorette season 12? Get the details on the 2016 contestant who wins and check out clips from the finale here.