UPDATE: Nick Viall is the official star of the next Bachelor 2017 season. Click here for the details.

Who is the next star of The Bachelor? According to several websites, Luke Pell is the new Bachelor and Reality Steve reports that Pell is definitely the front-runner for the spot.

Pell gets eliminated on tonight’s episode of The Bachelorette, which leaves him open to become the new Bachelor. In addition, Pell is not one of the listed cast members on Bachelor In Paradise, which premieres August 2, 2016. The finale of this season’s Bachelorette is August 1, 2016, with the After the Final Rose Special airing directly after the show.

Accordingto Reality Steve, Pell will most likely be named the new Bachelor star during the After the Final Rose Special.

On tonight’s episode of The Bachelorette, we pick up at the rose ceremony from last week, which left us wondering whether JoJo Fletcher was sending home the sexy Luke Pell or Chase McNary. Unfortunately for Pell, he is sent home and seems to be blindsided by the rejection as he had just confessed his love for Fletcher minutes before her ultimate decision.

Fletcher began to doubt her decision in sending Pell home as his limo pulled away and Pell felt disappointed in himself for not telling Fletcher his feelings sooner.

Pell served as a Platoon leader in the Afghan war. He also graduated from West Point in 2007 and even speaks at schools to young children about what it's like to go to West Point. (Instagram) 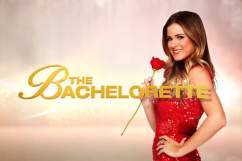 ‘The Bachelorette’ 2016 Finale: Who Is the Winner This Season?

Read More
Reality TV, The Bachelor, TV
Is Luke Pell the next star of The Bachelor? Who is the new Bachelor 2017?