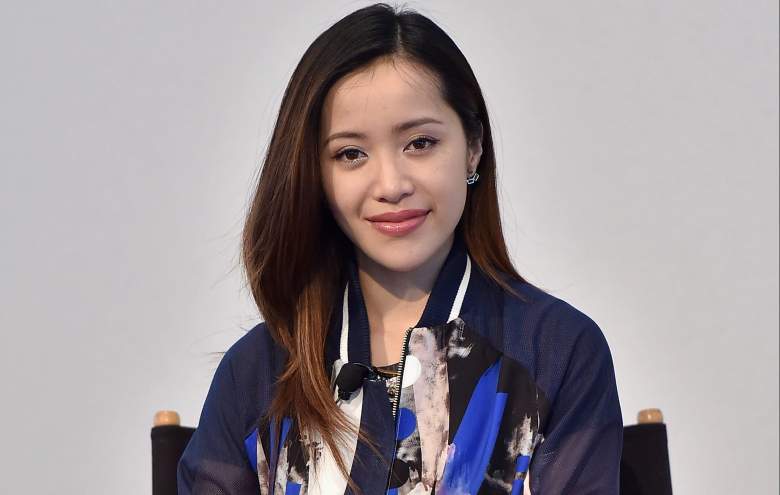 Over the past 9 years, Michelle Phan has gone from being a college student blogging about makeup to being the head of a multimillion-dollar company.

Phan, who runs a wildly popular YouTube account on which she uploads makeup tutorials, was the first woman to reach 1 billion views on YouTube. Lately she has expanded her channel a bit to include vlogs about life advice, discussing everything from social anxiety to cyberbullying in a series called “Pillow Talk.” Phan was born on April 11, 1987 in Boston, Massachusetts and later moved to Tampa, Florida. In 2015, Forbes included her on their 30 Under 30 list in the Arts & Style section.

Here’s everything you need to know about YouTuber and businesswoman Michelle Phan. 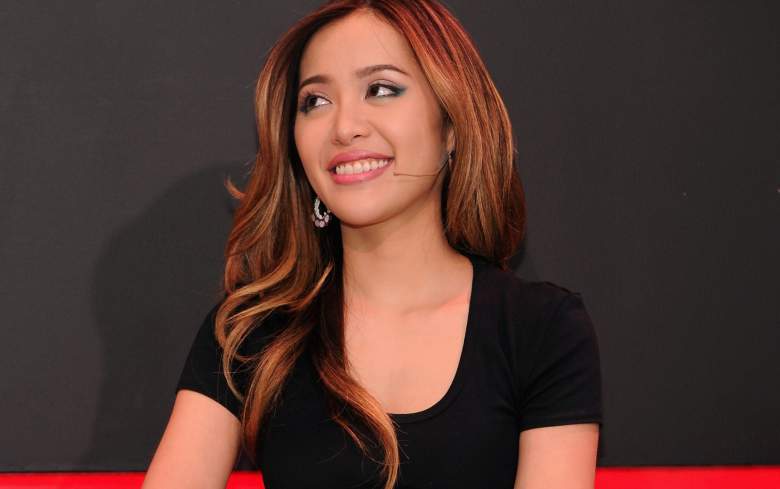 In a Forbes ranking of the top 10 highest grossing YouTubers, Michelle Phan came in at #7, and it is estimated that she brought in $3 million in income last year.

She earns a substantial amount of money from her YouTube channel, which has 8.7 million subscribers and is the 88th most popular channel in the world, according to Social Blade.

But YouTube is far from the extent of her business endeavors. In 2012, Phan founded a makeup subscription service called Ipsy, which sends subscribers a customized “glam bag” every month. As of October 2015, about 1.5 million people were subscribed to the $10 per month subscription service. According to Forbes, the company is worth $500 million.

She has also become wealthy working directly with the same makeup companies she started off admiring; she is a spokesperson for Lancôme and she launched a cosmetic line with L’Oreal in 2013. Phan has also published a book with Random House called Make Up: Your Life Guide to Beauty, Style, and Success — Online and Off.

2. Her Mother Immigrated to the U.S. From Vietnam 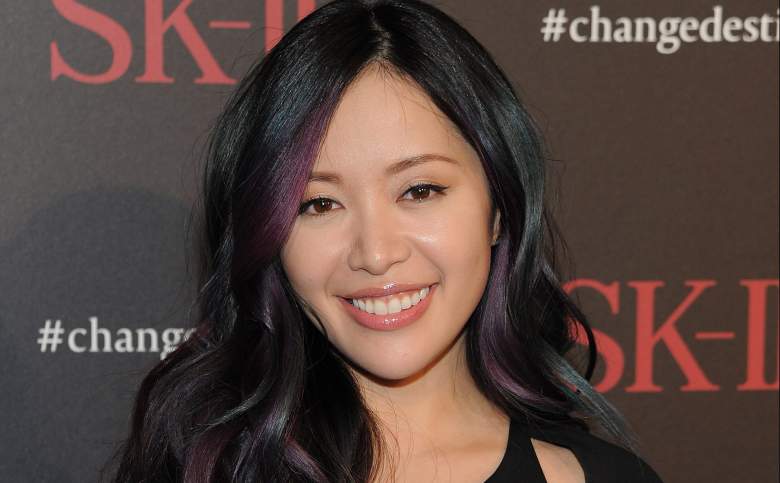 When asked where she gets her inspiration, Phan credited her mother, who is originally from Vietnam and came to the United States after the war. According to Al Jazeera, Phan’s mother fled the country by a boat while being shot at.

“So [my mother] came out here and didn’t know how to speak English, had less than $20 in her pocket,” Phan said. “For the rest of her life she had to become a beautician and do nails.”

Phan observed the way that her mother could empower other women by doing something as simple as painting their nails or giving them a pedicure. Her mom also inspired her to accomplish great things in life, saying she always wanted her daughter to have more potential than her.

Meanwhile, her father spent three months hiding on a ship headed to Hong Kong. After falling in love and marrying, Phan’s parents immigrated to the United States for a better life.

Phan had a difficult childhood; her father was constantly gambling away his money, and the family was evicted so many times that the family was constantly on the road. Phan’s father eventually left the family when she was 6 years old. Her mother would go on to remarry, giving birth to another daughter named Christine, and then divorce. After that, Michelle, her brother, her step-sister and her mother had to move into a one bedroom apartment and sleep on the floor.

“We were actually really happy just to have each other,” Phan said of this experience. “You know, at least we had four walls around us, and a roof. That’s more than what most people in this world have, so we were very grateful. And I think us being grateful opened a lot of opportunities and doors.”

Phan’s mother worked 14 hour shifts every day in order to take care of the family, and Michelle and her brother also took part-time jobs as soon as they could in order to pitch in.

As soon as Phan became wealthy from her YouTube channel, she bought her mother a house. And when she learned she would be getting her own makeup line with L’Oréal, she called her mom up and told her to quit her job, saying, “I don’t want you to go to work tomorrow” as the two of them cried of happiness.

3. She Started YouTube After Not Being Hired for a Makeup Sales Job 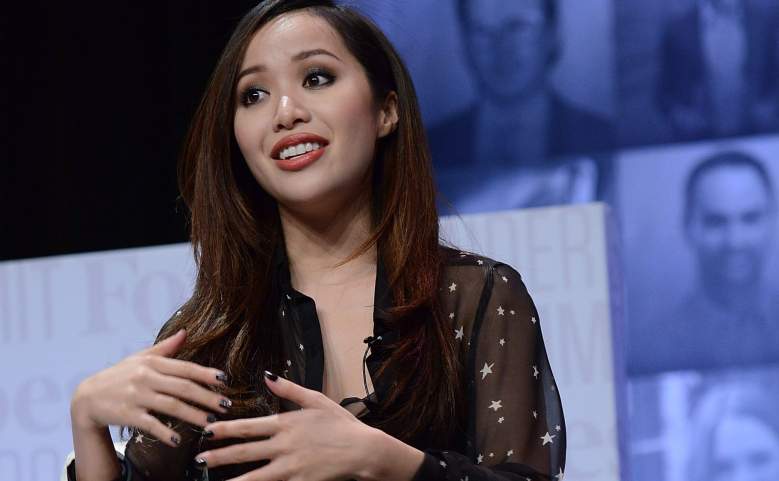 Michelle Phan speaks at the Forbes Under 30 Summit at Pennsylvania Convention Center in Philadelphia, Pennsylvania. (Getty)

Not long before Phan launched her channel, she was working as a restaurant hostess, with makeup simply being an interest of hers. She applied for a job working for Lancôme at a local mall, but she didn’t get it due to her lack of sales experience.

Phan couldn’t shake the idea of doing something makeup related, though, and so she decided to take matters into her own hands.

This started on a makeup blog and eventually took the form of a video that she made on the free Macbook Pro she had received from the Ringling College of Art and Design in Sarasota, Florida.

A lot of famous YouTubers toiled away on their accounts for years before gaining much recognition, but not Phan. According to Forbes, within a week of uploading her first video, she had already amassed 40,000 hits and hundreds of comments, and she immediately realized she had found her calling.

Still, when Phan first started doing her makeup tutorials, money was extremely tight, and so she made videos using makeup from the drugstore’s 75 cent bins, according to Glamour.

4. She Was Sued for Copyright Infringement 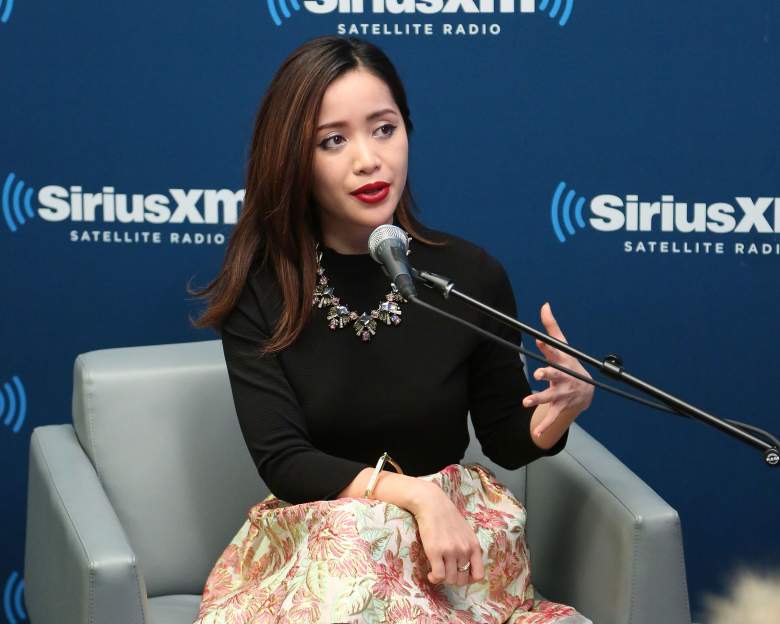 In 2014, Ultra Records announced they would be suing Phan for apparently using licensed music in her videos without permission. But in a counter lawsuit, Phan said that she had in fact obtained permission; she had contacted Ultra manager Jason Kilgrore via email, who said she could use the company’s music as long as she provided a link to the song on the iTunes store, according to The Hollywood Reporter.

As the lawsuit was ongoing, it was unclear whether this email exchange would count as permission even though technically Phan did not receive the official music licence from the company. Ultra soon began taking down some of her videos using the Digital Millennium Copyright Act, which Phan said the company was abusing.

But in August 2015, Phan and Ultra Records settled the lawsuit out of court. The details of this agreement was never made public.

5. She Is Dating Model Dominique Capraro

Michelle Phan’s boyfriend is Dominique Capraro, a model who is originally from Switzerland. The two have been together for several years now, originally starting as a long-distance relationship when Capraro lived in Paris. They took things slow, as they remained long distance for a few years and waited two years before their first kiss.

Capraro has appeared in several of Phan’s videos, including one where he does Michelle’s makeup. He isn’t on Phan’s channel much anymore, not because they’ve broken up, but because she decided she wanted to keep things between them private.

“He’s not in my videos anymore,” she said in January 2016. “I decided to keep our relationship offline. As I got older, I realized that some aspects of my life I really wanted to keep private. But just because something isn’t on Instagram doesn’t mean it’s nonexistent.”

Phan also said that while she loves her boyfriend, she is in no major rush to start a family with him just yet.

“I have never been so fascinated with anyone in my entire life,” she said. “But I don’t want to be some power couple. I don’t care what people think. We aren’t in any rush to get married and have kids, and I don’t think women should ever feel that pressure.”