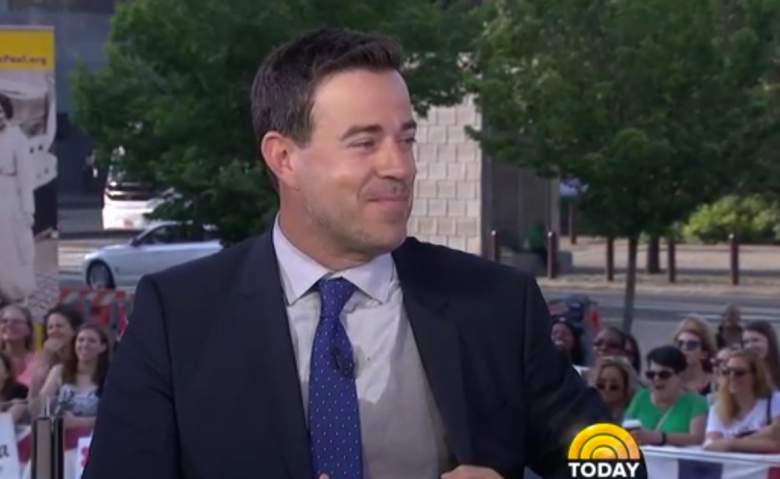 Carson Daly showed a large amount of sweat to viewers on Thursday on the Today show. (Twitter)

During NBC’s Today show from outside the 2016 Democratic National Convention in Philadelphia, co-host Carson Daly showed off just how hot it was in the City of Brotherly Love.

Prompted by a piece on deodorant, Daly peeled back his suit jacket to reveal a white shirt drenched in sweat. Fellow show hosts laughed while some in the crowd groaned and cheered.

It's really hot in Philadelphia, and @CarsonDaly can prove it! https://t.co/4bDEJ72PUg

“This is not an ad for my deodorant. I’m not going to say who it is,” Daly said. “What do you want me to do? Apologize? This is weird.”

“And the winner of the wet t-shirt contest!” co-host Al Roker said.

Def seen this @TODAYshow & had to say "Pssst..get the jacket back on!"??@CarsonDaly don't sweat it..we still ? you!? https://t.co/au7LsItzKq

@TODAYshow @CarsonDaly officially sweats as much as my husband. ? And that's okay. Heck, he's wearing a suit in the summer! #sweatyman