“Tony Bennett is one of the most accomplished and beloved artists of our time. His staying power is a testament to the enduring appeal of the Great American Songbook the Gershwins helped write, and his ability to collaborate with new generations of music icons has been a gift to music lovers of all ages. I am beyond thrilled that he will join us at the Library of Congress later this year to receive this honor,” Librarian of Congress Carla Hayden said back in June when Bennett was announced as the 2017 recipient.

Bennett is married to Susan Benedetto in 2007. Benedetto, who was born Susan Crow, uses Bennett’s real last name, as opposed to his professional name. The couple has been together for more than three decades. Benedetto was born on September 9, 1966, making her 40 years younger than the “I left my heart in San Francisco,” singer.

Benedetto is Bennett’s third wife. He was previously married to Patricia Beech from 1952 to 1971 and Sandra Grant from 1971 to 1983. Bennett has four children from his previous marriages, including singer Antonia Bennett.

Benedetto and Bennett, 91, co-founded the Exploring the Arts, a non-profit organization to help students in public schools. Benedetto worked as a school teacher when she met Bennett.

1. She Married Bennett After Dating Him for More Than 2 Decades 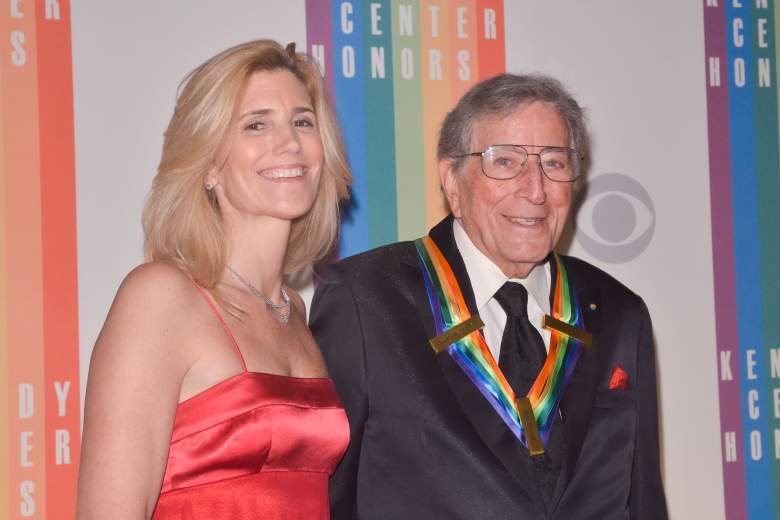 Benedetto and Bennett began dating in the late 1980s, after Bennett’s 1983 divorce from his second wife, Susan Grant. However, they didn’t get married until June 21, 2007. They also married in a “private, intimate ceremony,” a representative for Bennett told People Magazine.

The late former New York Governor Mario Cuomo and his wife Matilda were the witnesses at the civil ceremony. After the wedding, they honeymooned in Italy.

When The Telegraph asked Bennett in 2011 why it took so long for them to get married, he replied, “I’m always busy.” “He’s not joking,” Benedetto added.

People Magazine reported in a 1998 Bennett profile that the couple met at one of his concerts. 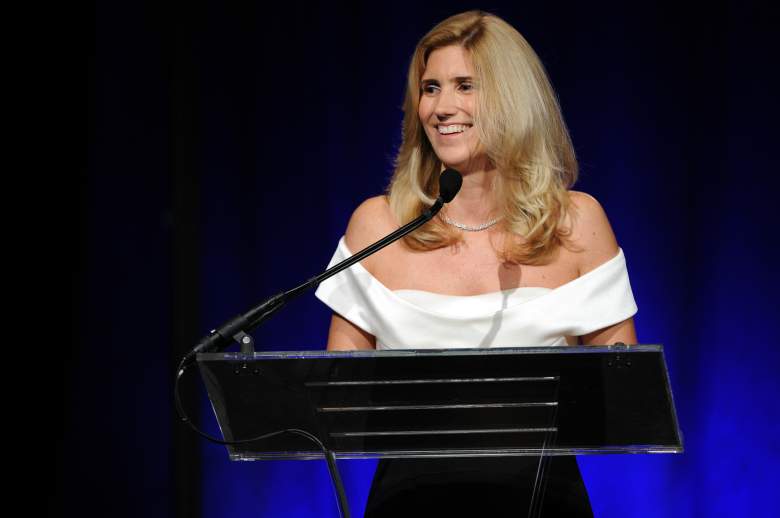 Susan Benedetto at the 2013 Exploring the Arts Gala. (Getty)

Her experience in New York public schools was put to good use when she and Bennett created Exploring The Arts (ETA) in 1999. The non-profit organization seeks to help public school students to have opportunities to study the arts. Benedetto is currently the Board President of ETA. ETA works with 17 schools in New York and Los Angeles.

In 2010, the ASCAP Foundation honored the couple’s work with ETA. In 2015, the couple was awarded George Washington University‘s Medal for their dedication to arts education.

Benedetto also owned Creative Artists Management in New York and was also an administrative assistant for Merrill Lynch before she went into education. While in college, she interned for the White House’s Presidential Advance Office.

3. She & Bennett Co-Founded the Frank Sinatra School of the Arts in 1999 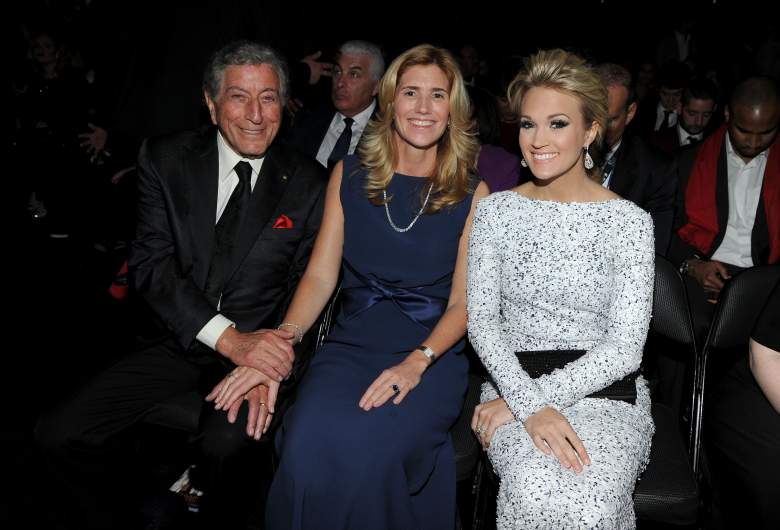 The same year the couple started ETA, they also co-founded The Frank Sinatra School of the Arts, a public school in Bennett’s native Astoria, Queens named after his friend, the late Frank Sinatra. She taught social studies there and was also an assistant principal. The school first operated in a temporary space in 2001, but received its own building in 2009.

As USA Today reported, the school cost $78 million to build after the city donated the money to ETA. The school was build just a few blocks from where Bennett was raised.

“We’re the opposite of instant fame,” Bennett told USA Today in 2009 of the school’s philosophy. “We want to teach the students quality and to do things that will last forever.” 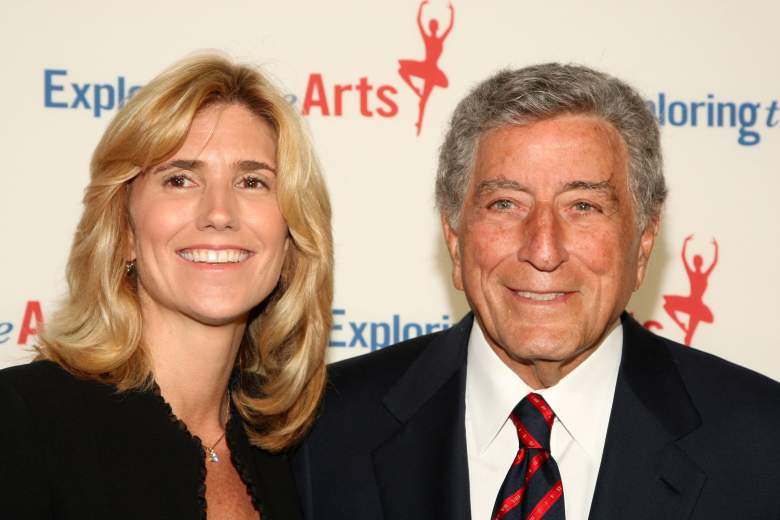 One of the stranger stories in the music business this decade has been the collaboration between Lady Gaga and Bennett. The two were inseparable in 2014, when they were promoting their duets album Cheek to Cheek. The record even won the Grammy for Best Traditional Pop Vocal Album in 2015.

However, in a November 2015 People Magazine interview, Benedetto revealed that there was one side of Gaga the “Born This Way” singer didn’t want Bennett to see: her role on American Horror Story.

“They have a very good relationship. We love Gaga,” Benedetto said.

5. Bennett Wrote in His Memoir That He Met Benedetto Before She was Born 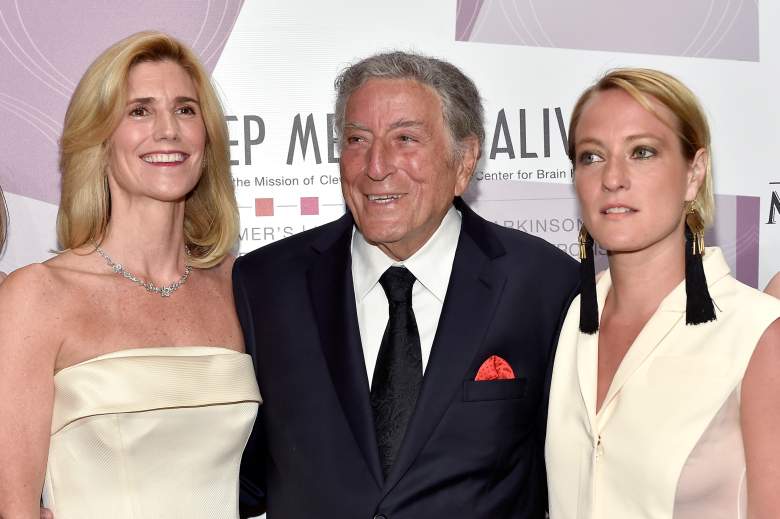 “We get along beautifully. We started schools all over America, we now have 17 where we support the performing arts,” the singer said. “She’s a magnificent person and I love everything about her.”

The age difference means that it was possible for Bennett to meet Susan’s mother when she was pregnant with Susan. As Entertainment Tonight notes, Bennett claims in his memoir Just Getting Started that this really happened in 1966. He met her parents, Dayl and Marion Crow, in New York City that year. At the time, Marion was pregnant with his soon-to-be wife.

“As fate would have it, Marion was pregnant at the time with …Susan!” Bennett, who was 40 when the meeting happened, wrote. “It’s a photo we all laugh about [now], knowing the incredible turn of events that followed.”

According to Page Six, Bennett wrote that Susan’s parents were big fans of Bennett’s works. That love of his music was passed on to their daughter, was a president of the Tony Bennett Bay Area fan club in her teens.

When she was nineteen she had tickets to see me perform at the Masonic Temple in San Francisco and she put in a request to say hello backstage after the show, probably not expecting a response. The request was sent to me, and it tickled me that someone of her age was so devoted to my music. I not only agreed to say hello to her backstage, but asked her to be my date for the evening, and that’s how it really all began … foreshadowed by a backstage photo taken in 1966!

“She likes the way I sing. She has good ears and she likes good music,” Bennett told People Magazine in 2007, a week after their marriage.

In his new memoir, Bennett writes of his wife:

Susan Benedetto has shown me how love gives you the confidence and courage to be your best self, and the inner peace and contentment that come with them.

In an interview with The New York Times, Bennett said he thinks he’s getting better with age.

“I still insist that I can get better as I go along,” Bennett told the Times. “It’s the same way with painting. I paint every day. And just by doing it every day, you get better.” 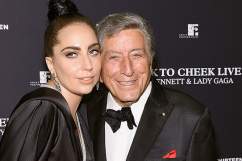