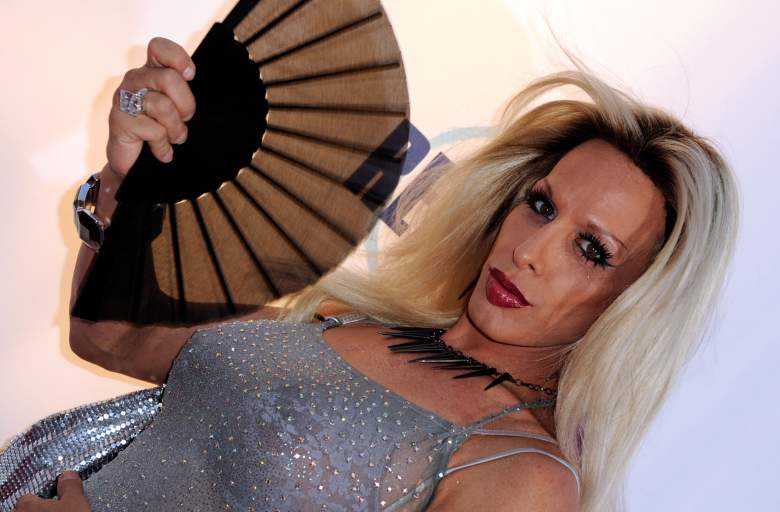 Alexis Arquette had nearly 70 credits to her name. (Getty)

Alexis Arquette was the sister of David Arquette, Patricia Arquette, Richmond Arquette and Rosana Arquette, and just like her siblings, was busy in Hollywood. During her career, Arquette racked up 70 roles in film and television shows. Arquette, who died on September 11 at age 47, made an impression when she was onscreen. People Magazine reports that she died from AIDS.

Here’s a look at her most important roles and what she had to say about some of them. In addition to these roles, she also appeared in She’s All That and episodes of Friends and Xena: The Warrior Princess.

ALEXIS ARQUETTE/ RUTANYA ALDA "Last Exit To Brooklyn" – 1989A gripping scene revealing what it was like to be discovered as "different" in 1950's America. Featuring Alexis Arquette as Georgette and Rutanya Alda ("Carol Ann" from MOMMIE DEAREST.2013-04-24T20:31:54.000Z

Arquette made her film debut in Last Exit to Brooklyn, a film based on Hubert Selby Jr.’s novel about drag queens in Brooklyn. The main stars of the film are Jennifer Jason Leigh, Stephen Lang, Burt Young, Peter Dobson and Jerry Orbach. Arquette played the young transvestite Georgette.

In a 1999 interview with Index Magazine, Arquette explained that she wasn’t even the Arquette producers wanted in the film. They had wanted Patricia Arquette, but she turned them down because she was pregnant. She tagged along when Patricia met with the producers and they offered her a role.

“I’d never been to New York, I was 17. And they asked me if I wanted to read for a role because they knew that I’d done a drag thing at one of my friend’s clubs,” Arquette recalled. “I ended up getting the job, basically through my sister. If it wasn’t for her I wouldn’t have been in New York.” 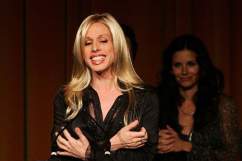 Alexis Arquette Cause of Death: How Did the Actress Die?

This is a really small part, but Arquette can be seen in Quentin Tarantino’s iconic 1994 film Pulp Fiction, credited as “Man #4.” As seen above, the character bursts out to shoot Samuel L. Jackson and John Travolta, but misses. 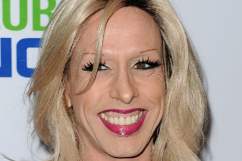 Was Alexis Arquette Married, Dating or Single When She Passed Away?

3. She Played Boy George-Type Singers in both ‘Blended’ & ‘The Wedding Singer’

Arquette starred in two Drew Barrymore and Adam Sandler pairings, The Wedding Singer (1998) and Blended (2014). In both films, she played a Boy George impersonator.

“R.I.P my sister Alexis Arquette,” Boy George tweeted. “Another bright light gone out far too soon. Love to the family and all that loved Alexis.”

David Arquette responded, “Thank you so much for this beautiful message. The young Alexis running around the dance club would be as proud as a peacock.” 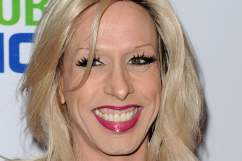 Alexis Arquette’s Siblings: The Photos You Need to See

4. Arquette Starred in the ‘Chucky’ Movie ‘Bride of Chucky’

Arquette’s career includes several roles in horror movies, including 1998’s Bride of Chucky. In the fourth film in the Universal slasher/horror franchise, she plays Damien, a character who is killed by the doll.

In 1998, she also starred in Children of the Corn V: Fields of Terror. In 2003, he starred in a film called Killer Drag Queens on Dope.

In her Index Magazine interview, she admitted that she is “definitely a fan of splatter.”

5. In 2007, She Made a Documentary About Her Transition Called ‘Alexis Arquette: She’s My Brother

Alexis Arquette: She's My Brother – OuttakesPart One. These are outtakes from the documentary on Alexis Arquette's journey transforming into a woman. Called She's My Brother, Alexis bravely, honestly and completely let the cameras into every facet of her life and world to reveal not only what she is going through personally but to enlighten all those out there who are…2009-06-29T00:44:43.000Z

In 2007, Arquette made a documentary about her transition from a man to woman called Alexis Arquette: She’s My Brother. The film was directed by Matthew Barbato and was shown at the Tribeca Film Festival.

She continued, “But I think it’s more an exposing type thing, because it’s not about your work. It’s not about what, you know, you want to contribute as an entertainer or your family has. It’s only about your very personal identity issue.”

Read More
Celebrities, Movies
Alexis Arquette, like her siblings, had a career in Hollywood on movies and television. Here's a look at some of her featured roles.