Harley and the Davidsons, a new Discovery Channel mini-series, follows the creators of the Harley-Davidson motorcycle, and their quest to build the number one motorcycle in America at the dawn of the 20th century. The 3-part miniseries will chronicle the bumpy road to success for Walter Davidson, Arthur Davidson, and Bill Harley, and has been described by Variety as a “superhero origin story.”

EPISODE SYNOPSIS: Part 1 of 3. After working with Bill Harley and his brother Arthur to develop a new bike, Walter Davidson tests it in a series of races against the industry standard, which is made by Indian Motorcycles. 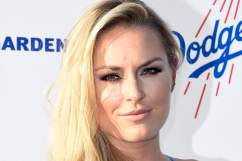 Lindsey Vonn Boyfriend: Who Is the Skier Dating?