Tonight is the Season 5 premiere of Arrow, and Oliver Queen will be taking over as mayor. He is also going to stir things up by enacting a new policy: killing is allowed again. According to the Hollywood Reporter, a new villain will also be introduced this season– one who “doesn’t have any comic book origins.”

Read on to find out when and where to watch the Season 3 premiere.

EPISODE SYNOPSIS:  Season 5 begins with a deadly new criminal, Tobias Church, threatening Star City, which forces Oliver to consider forming a new team of superheroes to help him do battle. In flashbacks, Oliver faces off against the Bratva in Russia. 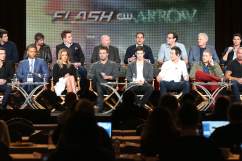