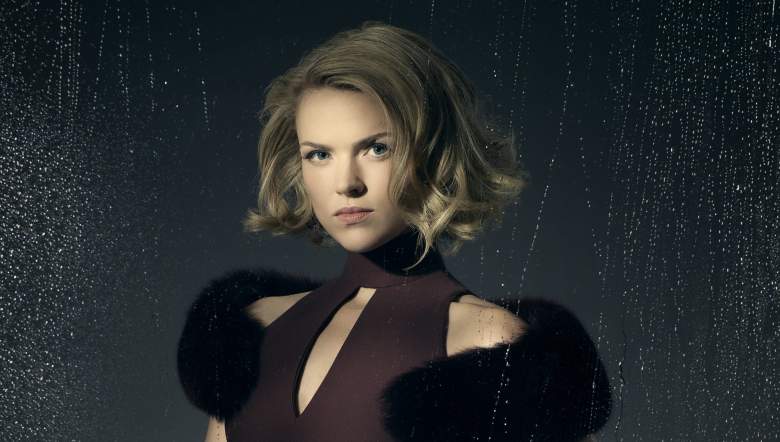 Gotham is a show all about second chances… and third and fourth chances. Jim Gordon is on and off the police force every other week or so. The Penguin goes from umbrella boy to gangster to mayor of Gotham. And Barbara Kean, played by Erin Richards, has reinvented herself multiple times over. She’s gone from Jim’s fiance and an art gallery owner to Arkham Asylum inmate to co-owner of the Sirens nightclub, where we find her today.

Richards’ character is easily the biggest change Bruno Heller and his team have made from the Batman stories the show is based on. In the beginning, the Barbara Heller introduced us to in the pilot looked like the one Jim would eventually marry. But then things got weird. Really, really weird.

Here’s a look at the character and Richards.

1. Barbara Finally Has Control of Her Actions in Season 3 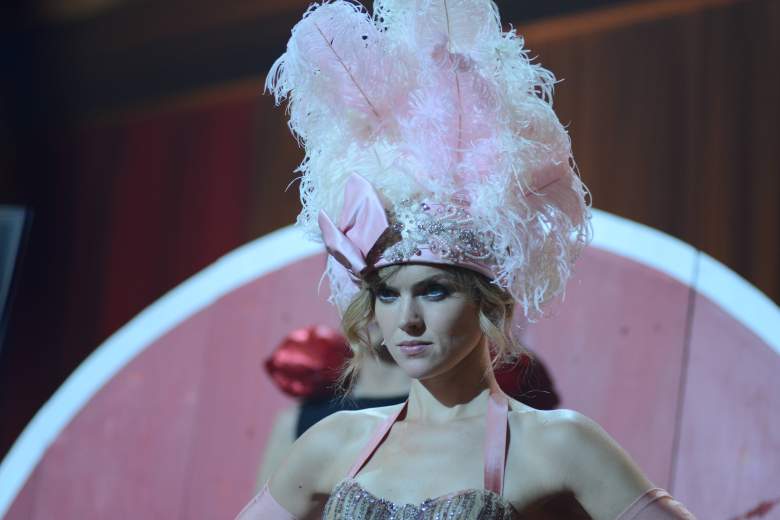 Barbara really cool have been a supporting character in Gotham and she was during the show’s early days. Over time, the character evolved into something much more, but she still seemed to have something holding her back. Once she killed her parents after she was abducted by The Ogre, everything changed. She was behind bars, in a coma and even controlled by Galavan as a member of The Maniax.

In season three, which has been subtitled Mad City, the inmates are running the asylum. Barbara now owns the nightclub The Sirens with Tabitha Galavan.

“Barbara has more ownership of what she’s doing in Season 3,” Richards told Comic Book.com. “Because of the club that we have, we’re much more integral to the running of Gotham City and its sort of underworld. So she’s kind of owning her space a bit more, which is fantastic.”

Richards noted that even early in the show, when it seemed like she wasn’t allowed to leave her apartment, that the apartment probably wasn’t really hers.

“…It never really felt like home,” she said of the apartment from season one. “Now we have this incredible club that we have made ourselves. It’s so fantastic. The set is incredible.” 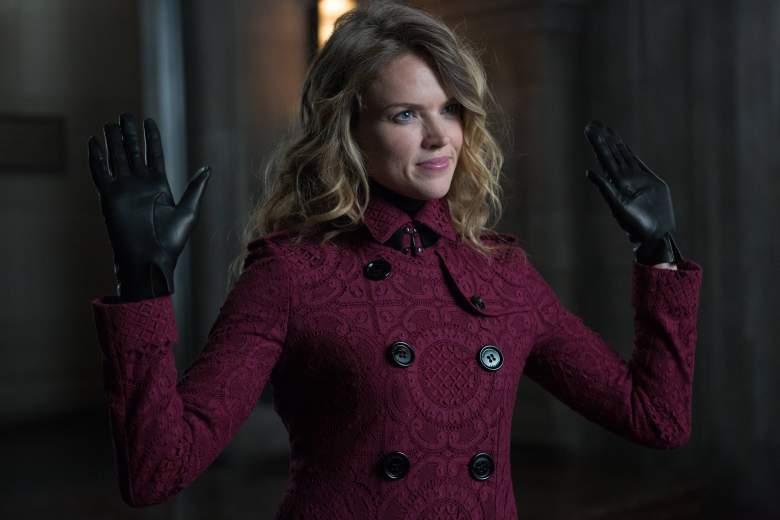 There is a popular online theory that Barbara might become Harley Quinn. The flames of this idea were fanned by executive producer Ken Woodruff, who told IGN in August 2016 that we might have already seen the character who becomes Harley.

“You may have already seen Harley as a person that you thought you had met and known for a long time. So we always reserve the right to sort of do that as well,” Woodruff said.

It would be very difficult to justify introducing Harley, since The Joker hasn’t technically been introduced yet (unless the deceased Jerome comes back to life) in Gotham. Another issue is that the character was just used in Suicide Squad on the big screen and executive producer John Stephens told the Hollywood Reporter that they can’t use characters from that film just yet.

“A lot of those [DC Comics] characters, because they’re in Suicide Squad, you’re not going to be seeing them this season,” Stephens told THR. “We’ll be seeing proto-versions of some of those characters. We’ll see a proto Killer Croc version. And we’ll be seeing a character, perhaps not this season but in times to come, who can be a forerunner of Harley Quinn, which will be fun.” 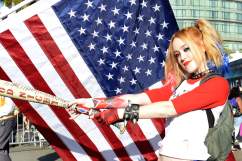 3. Barbara Still Feels an Attraction to Jim, Even Though He’s Moved on to Other Women 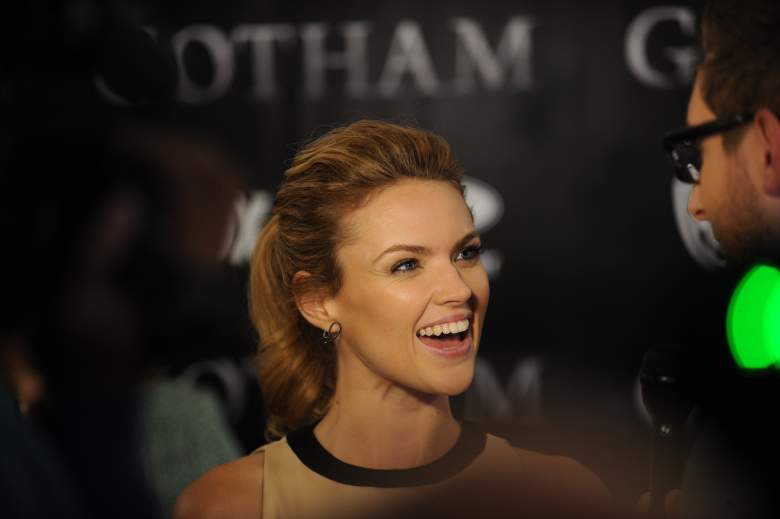 Even though Jim has been through a few relationships since breaking up with Barbara (he’s now seeing Jamie Cung’s Valerie Vale), it’s clear that she still wants to revive her relationship with Jim. In a 2015 interview with The Hollywood Reporter, Richards said that Jim is still Barbara’s “ultimate.”

“She’s seeing the world through these new eyes and thinking, ‘This is fantastic, I’m dark, I’m having fun, I get to run around using people and just relying on my base instincts!'” Richards said. “She loves it so much that she wants to suck everybody into it. She thinks that the more people who are in her darkness, the more fun it is.”

Richards told THR that she thinks Kean is trying to bring Jim’s darkness out.

“She wants to pull him out of this goody-goody cop that he’s pretending to be and bring him into her dark place so they can have fabulous sex and cause trouble in this new dark world together,” Richards said. 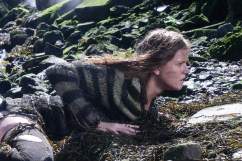 4. Richards’ First Starring Role on American TV Was in ‘Breaking In’ 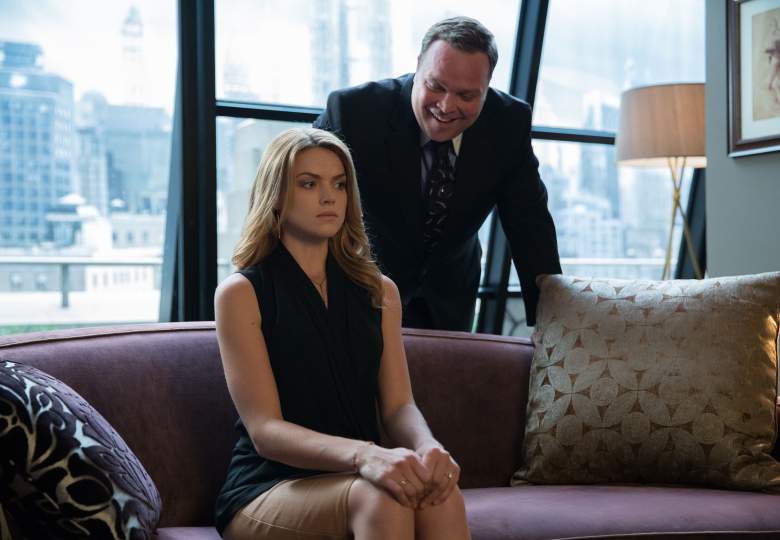 The 30-year-old Richards has very few credits to her name outside Gotham. Richards, who was born in Penarth, Wales, has only had one other regular role on both sides of the Atlantic. In 2012, she starred in season two of the Fox sitcom Breaking In as Molly Hughes. The series starred Christian Slater and Megan Mullally (who also joined the show in season two).

Richards’ other credits include three episodes of Being Human in 2011 and two episodes of Merlin in 2012. 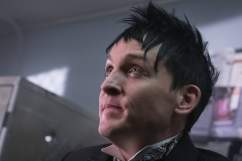 Robin Lord Taylor as The Penguin: 5 Fast Facts You Need to Know

Richards certainly isn’t the only actress to share many photos from behind the scenes of their projects, but Richards loves sharing photos from the set on her Instagram page. She shares photos with her co-stars, photos from conventions and photos of dogs.

The Gotham set certainly isn’t as serious as the show itself is, as Richards’ Instagram page reveals.

In September 2014, Richards revealed at an InStyle party that she was “a little bit doe-eyed” when she first learned that she would meet Ben McKenzie, the former O.C. star who plays Jim. “A couple of my 15-year-old fantasies [were] put into play,” she said. 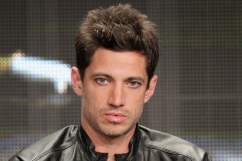 Read More
5 Fast Facts, Batman, Celebrities, FOX, Gotham, TV
Erin Richards stars on Gotham as Barbara Kean, who has lost her mind and is now running a nightclub. Here's a look at the character and Richards.