Kim Kardashian West suffered a traumatic ordeal, being held at gunpoint, bound and robbed in Paris a few weeks ago. When questioned by the media, her sisters Kourtney and Khloe have said that Kim has not been doing well. Kim has also shied away from the media and Khloe has stated on the Ellen DeGeneres show that the family is going to be a little more careful in all aspects of their lives, especially when it comes to social media posts. So, with a new round of Keeping Up With the Kardashians episodes premiering, what’s going on with filming? Is Kim going to still be a part of the franchise that made her empire into what it is today?

There are rumors that Kim’s husband Kanye West does not want his wife to be filming the show anymore, according to Radar Online. An insider told Radar:

Kanye told Kim and her family that he thinks she is done with reality TV. He does not want his wife and the mother of his kids killed because of her family’s reality show!

ABC News has revealed that the show has started filming again, but at a limited pace, as “full production has yet to resume.” In addition, Kim Kardashian West’s assistant stated that she is taking some “much-needed time off.” Sister Khloe also said:

It’s incredibly traumatic what happened to her, but our family is super close and great, and we’ll get through it together.

Kim is not ready to return to the show and discuss what happened in Paris. It’s way too soon. She’s still healing and that’s going to take a long time.

Previously, E! confirmed to The Hollywood Reporter that: Kim’s well-being is our core focus right now. No decision has been made as to when production will resume.

Kim Kardashian West has not spoken to the public or media about the robbery and we will just have to wait to find out her fate on KUWTK. 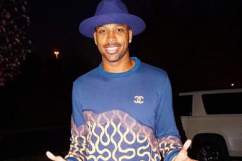