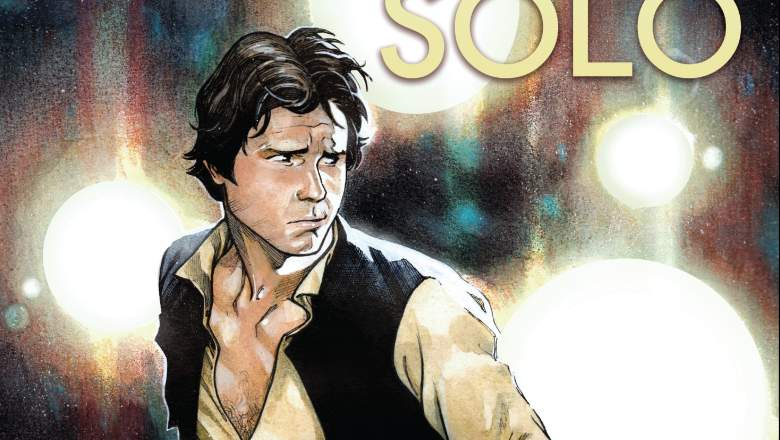 After weeks of delays, the final issue of Darth Vader is upon us. However, the climax to writer Kieron Gillen and artist Salvador Larroca’s series isn’t all that Marvel has in store for Star Wars fans this week. Han Solo #4 and Star Wars: The Force Awakens #5 are also out on Wednesday, October 12. 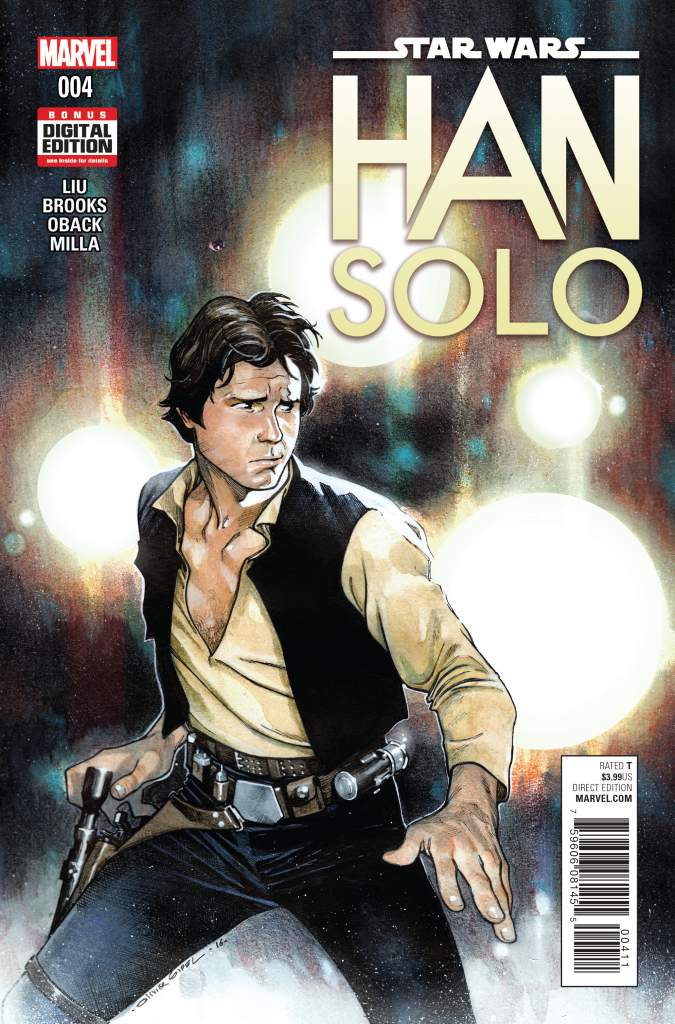 Writer Marjorie M. Liu and artist Mark Brooks keep the Han Solo limited series going with the penultimate issue. At the end of issue 3, Han picked up who he thought was a Rebel agent. It turns out that the agent, named Bot, is out for revenge against Chewbacca. There’s a traitor on the Millennium Falcon and Han has to figure out who it is. Oh, there’s also the ongoing Dragon Void race he hopes to win. 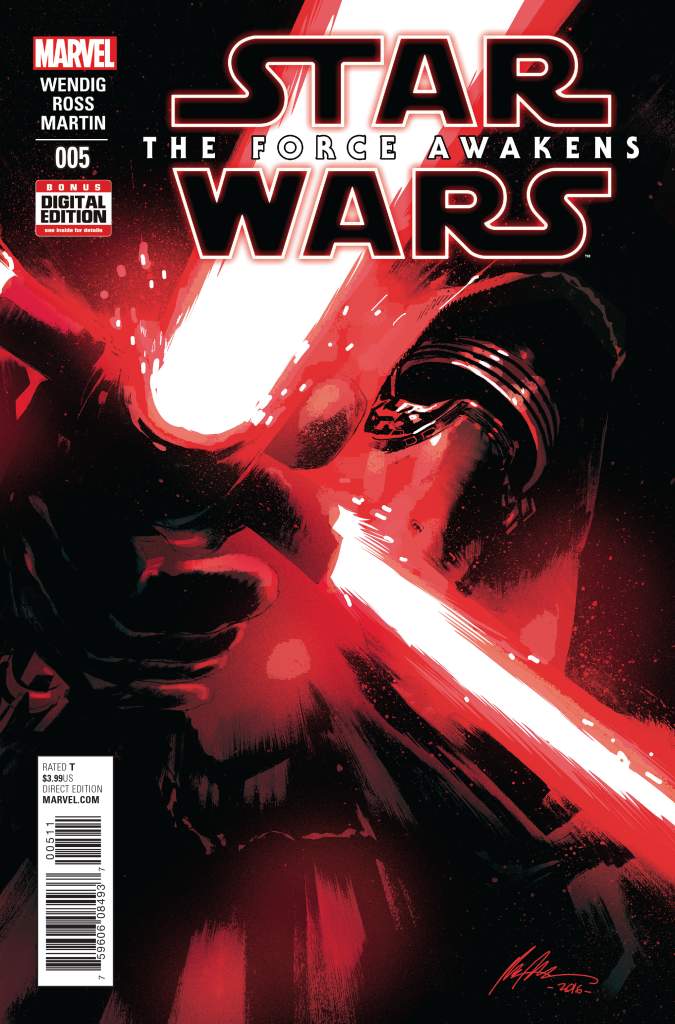 Meanwhile, Chuck Wedig’s six-issue adaptation of Star Wars: The Force Awakens continues, with artist Luke Ross. The fourth issue went up to the point where Han Solo and Princess Leia are reunited. In issue five, Wendig guides us through the mission to Starkiller Base to rescue Rey. 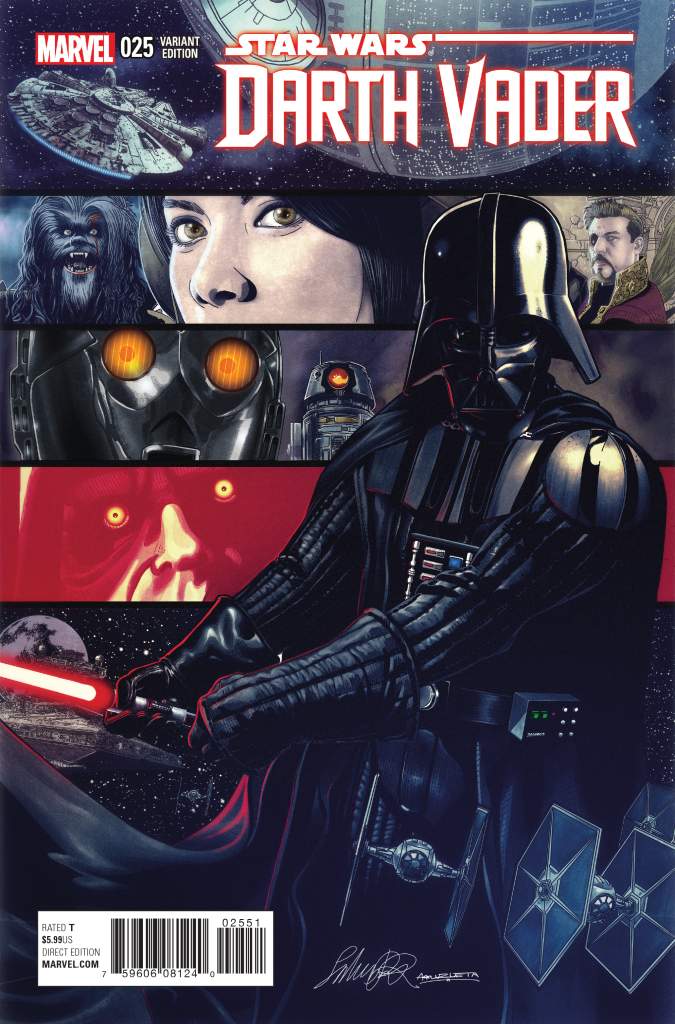 Lastly, Marvel is finally releasing the delayed final issue of Darth Vader and we can only hope that the wait was worth it. The book will cost $5.99, as it’s an over-sized, 40-page issue. While we know that the series will end with Darth Vader in full command of the Executor, we don’t know how he will get there. The series has been essential reading for Star Wars fans, giving a look at how Vader went from being on Tarkin’s leash in A New Hope to being in full command in The Empire Strikes Back.